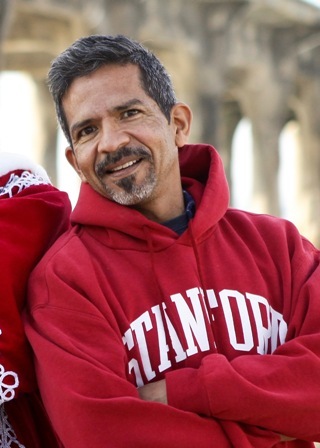 Carl Joseph Maravilla Carl passed away peacefully at home in his garden in Redondo Beach, CA. on Tuesday, March 7, 2017 at age 57. He was surrounded by his husband, Henri, family and friends. He died of complications from exposure to Mycobacterium Chimaera during earlier open heart surgery. He is survived by his husband of 27 years, Henri Paul Faucher, his parents Celia Maravilla and John Maravilla, his mother-in-law, Anne Vasquez and siblings, Lucille, Juan, Ernest, Thomas, Philip and Michele. Out-laws James, Roberta, Kathy, Mike, Laura and John. And numerous aunts, uncles, nephews and cousins. He will be deeply missed by his extended family and many friends. Carl was born on February 1, 1960 and raised in Pueblo, Colorado. He ran track in high school and was very involved in the Youth Conservation Corps. He attended Stanford University and received his BS in Chemical Engineering in 1982. Carl was proud of his Latino culture and heritage. He was a member of the Stanford Chicano Latino Alumni Association. He participated in the annual Stanford Day of Service at Homeboys Industries. After graduating, he started his engineering career at TRW and worked at numerous companies for 20 years. In 2002, he started his career as a Private Financial Advisor and Planner and was highly respected and valued greatly by his clients and colleagues. One of Carl's greatest passions was running. He was a world class runner and competed in numerous events around the globe. He competed in almost every Gay Games, wining countless gold, silver and bronze medals. He was an active member and former Board Member of the Los Angeles Frontrunners. He was a member of Club Rotario de Latinos Unidos and served as president in 2015-2016. Carl was a renaissance man who enjoyed creative arts, dance, cooking, traveling the world with Henri, being active and enjoying life to its fullest. He and Henri created a beautiful home, "Casa Maria", where they planted beautiful gardens of flowers, fruits and vegetables. To know Carl was to know his kindness, generosity and giving nature. He was an absolute gentleman, had the most beautiful smile, giving heart and supported many causes often behind the scenes. A Celebration of Life is being planned in Los Angeles and a funeral mass in Denver Co. Date and location will be posted on this website and Facebook once they are confirmed. The LA Frontrunners will be hosting a memorial run on Sunday March 26th, please contact LAFrontrunners@gmail.com for more information. In lieu of flowers, Henri and the family have asked the you consider donating to one of the organizations that were important to Carl or donate to a charity of your choice. 1.Carl Maravilla Scholarship Fund at Stanford University Alumni Association, please contact Tom Maravilla at mikeytom@stanford.edu. 2.Carl Maravilla Scholarship Fund at Club Rotario de Latinos Unidos, please contact Dr. Mike Carbuto at Michael.Carbuto@@charter.net. Henri thanks everyone for the love and support that he has received from family, friends and neighbors during this difficult time, especially Mike, Rudy and Romaine.