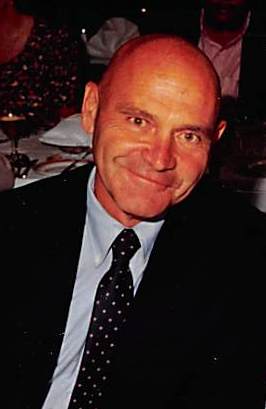 Carl Edward Williams March 3, 1932 - May 15, 2018 Carl Williams passed away peacefully at the age of 86. Carl was born in St. Paul, Minnesota and raised by his mother, with his 2 brothers and sister. He graduated high school after which, he joined the Navy in 1949. At the age of 17, he served aboard the U.S.S. Sicily during the Korean War. After an honorable discharge, he reenlisted in the Navy Reserve and served for 16 years. During that time Carl moved to Redondo Beach, where he attended El Camino College and UCLA. Carl soon met and married Jennie Valencia, his “Bride” of 62 years, until she passed in 2017. Together Carl and Jennie raised 7 children. Carl was active in many community organizations including, the Pacific Little League, the Redondo Rod and Gun Club and was a member of the Loyal Order of the Moose. As a father he spent many hours volunteering with the Boys Scouts, Girl Scouts, YMCA, Indian Guides, AYSO, and the Bishop Montgomery Booster Club. Carl enjoyed many outdoor activities with his children including camping, boating, fishing, and hunting. He was an avid cyclist, golfer, snow skier, water skier, and all around mechanic. Carl was a self-employed business man, owning 2 bars, and a service station. Carl’s Bar Supplies was created, with Triple L Distributors and served many customers from Malibu to Newport Beach, for over 4 decades. In 2003 he was diagnosed with Alzheimer’s which led to the sale of his business and retirement. He continued his active lifestyle as long as possible. During his final years in assisted living he was helped and loved by family, friends and caregivers, all of whom deserve our sincerest gratitude. He is survived by his brother Kenny Williams, and his seven children, Danny, Veronica Davidson (Richard), Michelle Goodlett (John), Carl Williams Jr., Nadine Winn, Carla McOsker (Patrick), Michael Williams (Kathy), and 8 grandchildren, Brett, Emmett, David (Francesca), Ian, Dana, Emily, Logan, and Natalie. Services will be held on Wednesday, May 23rd at 10:00 am at American Martyrs Catholic Church, 624 15th Street Manhattan Beach. Please join the family for a celebration of life at Las Brisas Restaurant, 1969 Artesia Blvd, Redondo Beach, beginning at 1:00 pm after the service. In lieu of flowers, donations may be made to the Alzheimer’s Foundation of America.