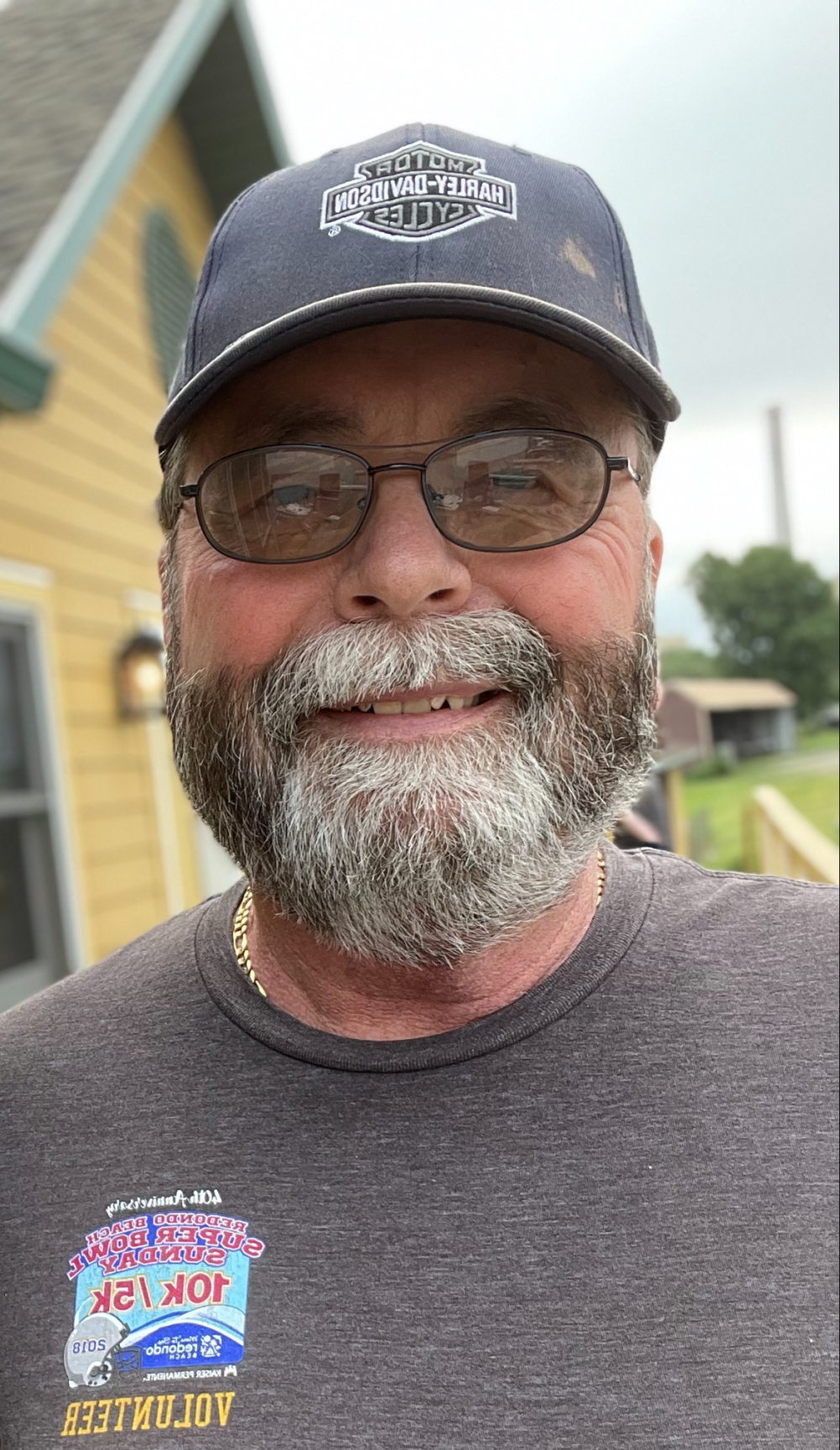 This is a short story of Carl David Pennington. He had a smile that would instantly bring you peace and light up your soul. The life of a man with such a big, loving, and generous heart could never be fully captured in just a few paragraphs, but we’ll try.

Carl was a wonderful man that was loved, is missed, and will always be cherished. At the time of his passing Carl lived in Torrance, Ca with his wife Rachelle and cat Evee.

Carl’s story started on December 2nd when he was born to Fred and Carolina Pennington in Los Angeles. He attended and graduated from Carson High School, class of 1972.

After graduation, he landed his first job at Diversified Maintenance, where he was later presented with the opportunity to start what was his over 40-year career at the Chevron Refinery in El Segundo, until his retirement a few years ago.

After retiring, Carl spent his time making memories with his wife Rachelle, spending time with his children and grandchildren, riding his Harley Davidson, traveling to spend time with family and enjoying life.

Carl was predeceased by his parents Fred and Carolina and brother, Dale. He is survived by his Wife Rachelle; his two children, Brian and Steven (Teresa), his three step-children Nicole, Jacob (Tiffany) and Kalani; and his four Grandchildren, Chase, Hayley, Luke and Axel; his Brother, Fred; his Sister, Carol; and his many Nieces and Nephews. All of whom he loved deeply.

Sometimes it’s not the person you miss. It’s the feeling you had when you were with them. If you were lucky enough to know Carl we know he left an impression upon you.  Words cannot adequately express the love Carl’s family had for him, so we will just say; We love you and will never let the memory of you fade away.