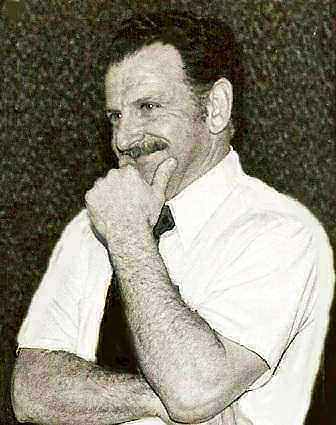 Carl Anthony Mussachia, a 55 year resident of Redondo Beach, passed away on Friday, August 24, 2012. Born in Downey, California in 1919, Carl was the son of Downey pioneers, Tony and Anna Mussachia. Carl was born on his parents' ranch which is now the location of The Downey Landing and Sally Ride Science Center on Lakewood Blvd. Carl worked in the aerospace industry for 43 years and received the first President's Award in 1966 for the design and fabrication of the wire harness used in the Apollo command modules and the Saturn II ground support cables. In 1973, Carl received another award from Rockwell International for his work on the Sabreliner. Carl was known as the "T-39 Tiger" for managing the program with such expertise and precision. Carl is survived by his wife of 66 years, Theresa Mussachia, and his daughters, Kathy Mussachia of San Pedro, and Kimberly Mussachia of Redondo Beach. He was predeceased by his other two children, Sharon Kessen and Thomas Mussachia in 1971. He is survived by his grandchildren, Joshua Levine, Jaime Kessen, Gene Kessen, and Therese (James) Lockard, and his great grandchildren, Teddy Lockard, Samantha Lockard, Jordan Kessen, and Tessa Kessen. A Memorial Service will be held in the chapel at Rice Mortuary on Saturday, September 8, 2012 at 2pm with a reception following in the Rice Memorial Lighthouse Room. In tribute to Carl's love of hawaiian shirts, please attend in casual aloha attire.