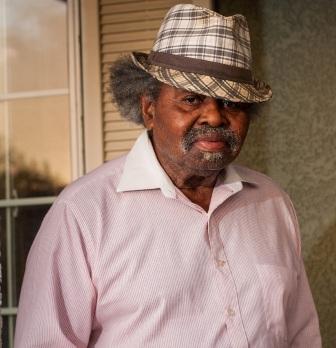 Cale Andrew Stephenson passed away on Friday, December 28, 2012. He was born March 27, 1929 in Texas. Once married, Cale relocated his family to Los Angles, California. Cale worked for Pillsbury, later becoming Cargill, until he retired at the age of 65. Cale enjoyed spending time with his family, smoking cigars, scratching lottery tickets, watching pro-wrestling and baseball on television. He is survived by son, Cale Stephenson Jr. ; grandsons, Eric Smith, Marcus and Ryan Sheely, Cale and Troy Stephenson; granddaughters, NiCale Stephenson, Tanesha and LaTisha Sheely; and everyone he met during his life. He was preceded in death by wife, Viola Stephenson; son, Anthony Stephenson; daughter, Saundra Stephenson; and brother Leon Stephenson. Cale was beloved by many and surely will be missed. A viewing of his body will be held January 20, 2013 between the hours of 4pm to 8pm at McCormick Mortuary, 635 S. Prairie, Inglewood, California 90301.