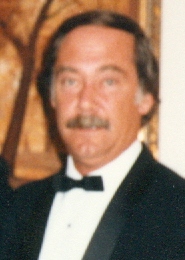 Byron Rife Jr., 72, died of natural causes on March 17, 2013. He was preceded in death by his father Byron Rife Sr. and survived by his Mother Roberta of San Antonio, his brother Frank and his wife Lynette of Leverett, Massachusetts, his nephews Jared and his wife Rachel and their children Jackson, Madison and Emerson of Harrisburg Pennsylvania, Jason of Santa Monica California, Jeremy of Provo, Utah, and niece Nicole and her husband David of Santa Monica, California. Byron was a graduate of the Texas Military Institute and The University of Oklahoma and an avid follower of Oklahoma's football team. He served in the United States Army and had tours of duty in Germany and the United States. He earned his Real Estate Broker's license and worked for RE/MAX Realty in Manhatten Beach California for almost 40 years. His success was in large part due to his enjoyment of his work, his associates and clients. It has often been said he did not know a stranger as he could walk into a room, talk with everyone, and remember something about them from then on. He will be fondly remembered by his brother and his family and countless friends in Manhatten Beach California where he lived for the past 40 years and the many friends he knew growing up in San Antonio. We will all miss his humor and engaging conversations. A gathering of family and friends for visitation will be on Friday March 22nd from 6:00 P.M. to 9:00 P.M. at White & Day Mortuary in Manhattan Beach.