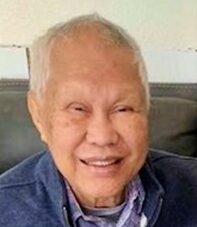 Buen Ramos Cuaresma was born on February 15, 1938, to Fernando and Maria Ramos Cuaresma in Mangatarem Pangasinan, Philippines. At the age of 84, he passed comfortably at his home in Gardena, California, surrounded by family and with his loving wife, Catalina. Buen was a very loving, caring, thoughtful, selfless individual and humorous to his wife, children, grandchildren, great grandchildren as well as other family members and friends.

He graduated from the Far Eastern University in Manila, Philippines with B.S. of Commerce and major in Accounting. While attending college and after graduation, he worked at M. Y. Sun Corporation. He also worked at West Timberland Company in Zamboanga City, Philippines for two years.

In 1975, Buen migrated to Delano, California, USA from the Philippines at age of 37. Within a year, Buen moved to Kodiak, Alaska and worked in the cannery for six years. In 1981, Buen moved to Anchorage, Alaska as his family is migrating from Philippines to Anchorage. While in Anchorage, Buen worked for Marriott at the airport, US Postal Service, and Anchorage Pioneer Home where he retired in 2004.

In 2015, Buen and his wife, Catalina moved to San Diego, California and in 2021, they moved to Gardena, California.

Buen loved watching boxing, working out at the gym and spending quality time with his family and his beloved wife, Catalina.

Buen is survived by his wife, Catalina Molano Cuaresma, children, Victor Cuaresma, sisters, Divina Portades and Virna Pacis, step-children, John Anthony Molano and Johanna Molano Ravanilla, twelve grandchildren, nine great grandchildren, son-in-laws, Anjomel Portades and Jissan Ravanilla and many other relatives in the Lower-48 and the Philippines. Buen is preceded in death by his parents, Fernando and Maria Cuaresma, two sisters, Claudia Calantas and Masing Mirador, and his son, Dante Cuaresma. Also, his grandparents, aunts, uncles, and many other relatives and friends.