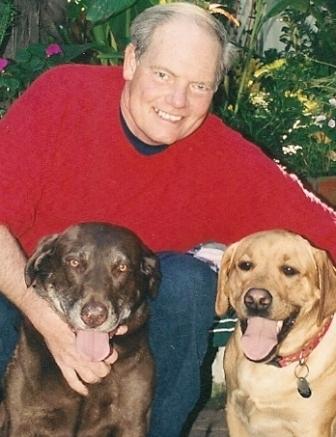 Bruce Dawson Stafford, known to many of his friends as Fox, died at Providence Little Company of Mary Hospital in Torrance, CA on August 31, 2013 after a brief illness. He was born April 27, 1947 in Buffalo, NY to the late Arthur D. Stafford and Ruth Gilson Stafford. He was preceded in death by his brother, Bill. He is survived by a nephew Bart Stafford of Houston, TX; first cousins Bradner R. Gilson (Judy) of Hesston, KS and B. Scott Gilson (Patricia) of Cottonwood, AZ; and second cousin Amy S. Gilson-Walsh (and children) of Mesa, AZ. Bruce was active in the Boy Scouts at Holy Communion Episcopal Church in Memphis, TN. He obtained the rank of Eagle Scout and was a graduate of White Station High School in 1965. He attended Millsaps College and graduated from Mississippi State University with a degree in Biology. He was a member of Kappa Alpha fraternity, where he was elected to the KA Court of Honor, one of the highest awards given to a KA alum. Bruce moved to Los Angeles in 1975 and began a career as a Medical Sales Representative selling Cardiac Pacemakers and Angiographic Catheters. After working for several medical companies, Fox became a part of St. Jude Medical. Their Implantable Cardiac Defibrillators were added to Bruce's very successful pacemaker product line. Bruce worked with St. Jude Medical until his retirement in 1999. Over the years he became an invaluable consultant to physicians, nurses and technicians throughout Los Angeles. Bruce partnered with these professionals in the OR's, ER's, Critical Care Units and Clinics. Sharing the knowledge he had acquired through the years, he helped to maximize the utility of the patient's pacemakers and defibrillators. His tireless efforts greatly improved the quality of life of countless patients. Fox will be cremated and a portion of his ashes will remain in Redondo Beach and the remainder will be returned to Memphis where he will be buried with his parents. Services will be conducted at a later date. He will be missed.