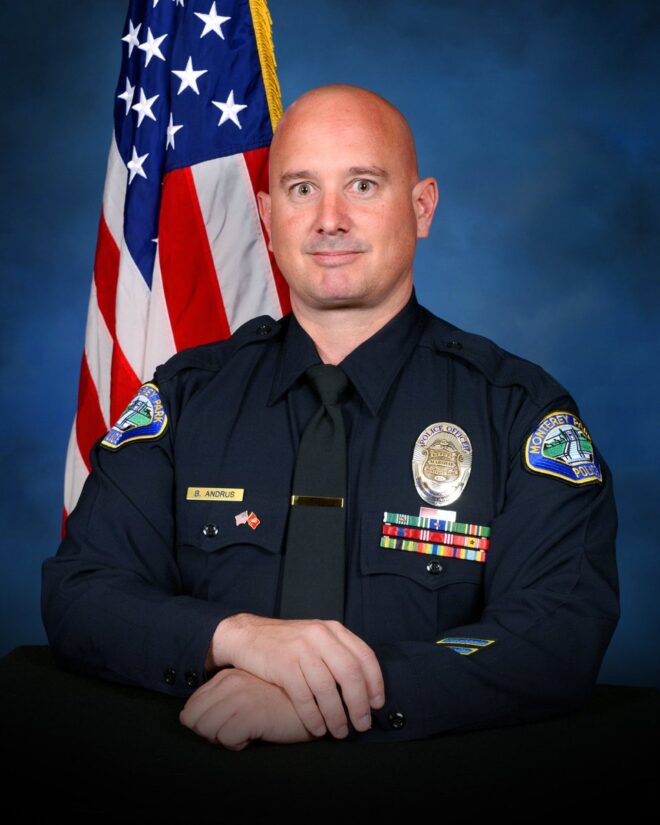 Brian Steven Andrus entered into eternal glory with Christ on December 13, 2021.  Born October 18, 1974 to Steve and Margie, Brian spent his childhood in Gardena. He played baseball for Freeway Little League and enjoyed skateboarding with friends. He graduated from Torrance High in 1992 where he played football.

Brian loved his country and was as patriotic as they come. After high school, he pursued his dream of becoming a US Marine. He spent a year in Okinawa and learned to weld in the Marine Corps, a hobby he kept to this day. In 1997, Brian joined the US Army to become an M1 Abrams tank gunner.  The Army brought Brian to Colorado Springs where he purchased his first home. In 2003 Brian joined the Monterey Park Police Department. He was an admired and well-regarded police officer. Brian was promoted to detective in 2020 and welcomed the challenges of his new role.

In 2012 Brian moved from the South Bay to Corona where he hosted barbeques and pool parties for family and friends. Brian loved camping, going to the lake and river with his jet boat, riding his Harley, and being a cop.  Brian was Los Angeles chapter President of his motorcycle club, The Hallowed Few.  He enjoyed riding his Harley all over the Southwestern United States with his club.

Brian was a dog lover, particularly for his boxer, Bella.  Brian was a member of Bayview Baptist Church in San Pedro.  If the Green Bay Packers were on TV, you can bet Brian had his green and yellow gear on.

Brian is survived by his mother Margie (Mike) Evangelista, father Steve (Amelia) Andrus, sister Sharyn (Albert) Martinez, and grandparents Lee and Veda Andrus. He was the best uncle to Samuel and Nicholas.  He leaves behind many aunts, uncles, cousins and friends.  He will be truly missed.