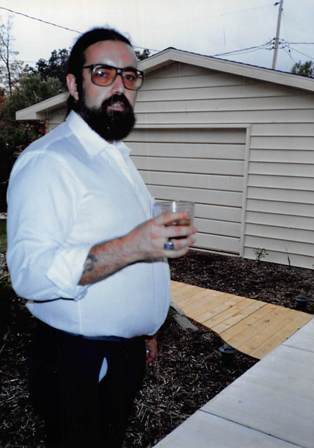 Brian (Mike) Farrand passed away suddenly on September 17, 2016 at the home he shared with his mother Betty Farrand. He was born in Jackson, Michigan April 1, 1953. When he was younger he was in the United States Marine Corps. The family moved from Michigan in 1963, to various states for the necessity of his father Ted E Farrand's government work. In 1967 the family settled in Torrance, CA. After Brian graduated from high school, he attended college in Oregon. Brian worked as a truck driver for many years, but most recently he worked as a computer network administrator. He liked his profession very much. His happiness was his Harley Motorcycle and his Chrysler, his baby grandson Christopher G. Farrand, the children in his life, his dogs, and helping others. He is survived by his loving mother Betty; daughter Tiffany (Sean); son Michael; sister Brenda LaGrange (Richard); grandson Christopher and nephews Jeff LaGrange (Jamie) and Austin LaGrange (Natalie). He was preceded in death by father Ted Farrand. The viewing was held at Rice Mortuary on September 21, 2016 5-9 pm. A memorial service will be held at St. Cross Episcopal Church, Hermosa Beach in the chapel at 11am on September 22, 2016. Burial to follow at Green Hills Memorial Park.