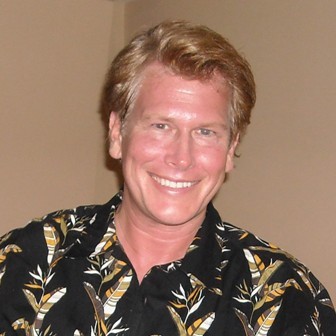 Brian David Demonbreun died in his home on November 29, 2016 in Hawthorne, California following a year and half battle with cancer. He was 57. Mr. Demonbreun was born on November 19, 1959 to his parents Fred and Aino Demonbreun and was a lifelong resident of Hawthorne, California. He graduated from California State University, Long Beach with a Bachelor's Degree in Art in 1983. He worked as an actor and artist until his illness in 2015. Mr. Demonbreun was a devoted son and friend and is preceded in death by his father Fred and mother Aino. Although he had never married and had no children or siblings, he was always surrounded by close friends and neighbors, who cared and loved him greatly. He is survived by his Uncle Joe, Aunt Rosa and cousins Linda, Dale, Donna, Patricia, and Lesia and long-time friend Joe Patterson. He leaves behind many close friends and his two beloved dogs, Luke and Lucky. He will be deeply missed by his family, friends, and all who knew him. Mr. Demonbreun will be buried in a private ceremony on December 16, 2016. A memorial, to celebrate his life, will take place on December 17, 2016 at 2:00 p.m. at Baycities SouthBay, a community church, at 4915 Emerald Street, Torrance, CA. All are welcome to attend and celebrate Mr. Demonbreun's life.