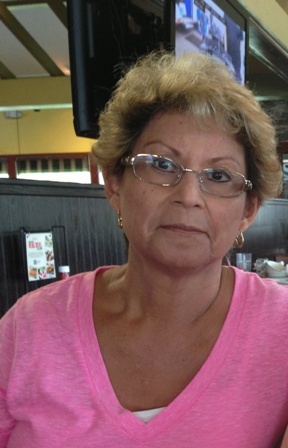 Blanca D. Camorlinga passed away peacefully at Little Company of Mary Hospital in Torrance on Saturday, July 5, 2014 with her daughter and husband beside her. She is survived by her daughter, Ivette D. Camorlinga; her husband Antonio E. Camorlinga; her sister Ana E.B Montoya; her nephew Edward S. Montoya and his fiancée; her brothers Francisco, Eduardo, and Manuel; and her nieces and nephews. Blanca was the youngest of six children. She was born in El Salvador and came to the United States in the early 1970s. She became a licensed cosmetologist, worked for many years in the garment industry, and most recently, worked at Macy's in Manhattan Beach. Among her favorite things, Blanca enjoyed cooking- especially baking the Salvadoran quesadilla bread for which she was known for. She also enjoyed reading about healthy living, attending Dodgers and Lakers games, travelling to Las Vegas, and spending time with her family. Blanca was an annual participant in the Susan G. Komen Race for the Cure 5k Run/Walk and most recently became an avid supporter of the Leukemia & Lymphoma Society Light the Night Walk as her mother, Marina Montoya had lost her battle to Non-Hodgkin's Lymphoma. We will all miss her wit, sense of humor, and her zest for life. She was an amazing Mother, wife, sister, and friend.