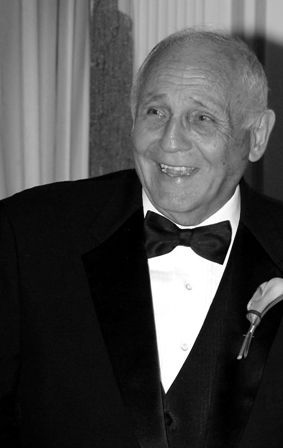 Billy Charles "Chuck" DeLoach, Sr. A beloved father, grandfather and brother passed away on Friday morning, December 18, 2015 at age 84 years in Torrance, California. Chuck was born in Fort Worth, Texas, a native of Tyler, Texas and most recently a resident of Hobe Sound, Florida and Redondo Beach, California. He is survived by his former wife, Patricia Gaines DeLoach, three sons, Steven Gaines DeLoach and longtime partner Sharon Singleton, Billy Charles DeLoach, Jr. and former daughter-in-law Gabrielle DeLoach, and Michael Holland DeLoach; one daughter, Melinda DeLoach Fricke and husband, David Fricke; three grandchildren, Chiara DeLoach Baker and husband Matt Baker, Landra Patricia DeLoach, and Raeven Lisbeth DeLoach; one sister, Joann DeLoach Simons; and one half-sister, Betty DeLoach Gornell. He is preceded in death by his mother, Anna Mae Tucker DeLoach; father, Orville C. DeLoach; and one brother-in-law, Edwin M. Simons. Born on July 16, 1931, Chuck graduated from Tyler High School in 1948, attended college and spent most of career as an accomplished pilot, first for the United States Air Force and then for 32 years as a commercial pilot for American Airlines and retired as a senior captain. Chuck traveled to visit much of the United States as well as many other countries and continents during his lifetime. In addition to travel, he enjoyed reading, sharing time with his family, making new friends and taking care of his beloved dog, Sam, whom he cherished. Chuck embraced life and never met a stranger. His family will miss him immeasurably and will joyfully and proudly remember his gregarious nature, his love for family and his love of life. Services will be private. In lieu of flowers, please make a donation to the Air Force Aid Society (www.afas.org) in memory of Chuck DeLoach.