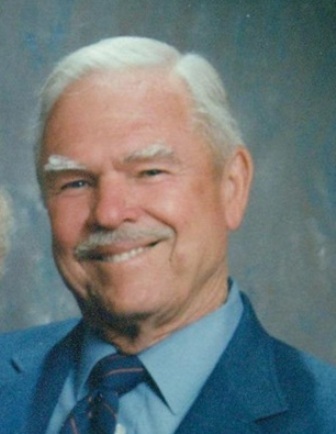 BILL LEE FULLER 1924 - 2015 We are here today to celebrate the life of Bill Lee Fuller - loving husband, father, grandfather, uncle, friend and long-time member of the St. Catherine Laboure parish. Bill Fuller went to be with the Lord on Monday, April 6, 2015 at 3:55 PM. He was 90 years old. Though he said that he was planning to celebrate his 100th birthday - he was needed elsewhere. Bill was the only child of Leland and Ruth Fuller. He was born in Inglewood on September 19, 1924. He attended John Muir Junior High School and George Washington High School in South Central Los Angeles. He was drafted in the U.S. Army after high school and was assigned to the 1277th Engineer Combat Battalion, a part of the Seventh Army. During the war, he travelled from Sicily, Italy, Germany and into Czeckoslovakia. His unit liberated concentration camps towards the end of the war. He rose to the rank of Staff Sergeant. Dad was proud of his service to the country, but didn't say much about his time in the Army. When he got home, he met and married our mother, Cathy, who was a friend of our Dad's best friend's girlfriend - and life-long friends (Dick and Charlotte Rew). They were married on May 12, 1951. Son William cam along in April 1952, daughter Patrice in May 1959, and Mike in September 1963. They bought a house in Torrance in 1953, where they still live, and became a part of the St. Catherine Laboure family at that time. Bill worked for 27 years at Cambria Spring Company in Vernon, where he was a production manager. When the business closed, he went to work for Northrup at their Pico Rivera plan, where he ran the in-plant stores operation. Bill was a great father. He supported all of us through private parochial education at St. Catherine's for all three of his kids, Serra High School for Bill and Bishop Montgomery High School for Patrice and Mike. Bill volunteered throughout his life. He volunteered at St. Catherine's from the time he and Cathy joined the church community. He was an usher for over 55 years, and was a past President and active member of the Holy Name Society. He was a long-time cook for St. Catherine's annual St. Patrick's Day Corned Beef & Cabbage Dinner. He was a Vice President of the Serra High Boosters Club and led the effort to paint the bleachers at the football field in the school's red and blue colors. He instilled in us the value of volunteering and being involved. We thank him for his love, guidance and example that have made us the men and fathers that we are today. Bill was called to heaven before his time. As your probably know, Bill and Cathy's beloved daughter, Patrice Marie (Fuller) Holliday, died of a short illness on Saturday, April 4th around 2:00 PM. Bill had a medical emergency about a half-hour later when he heard that Patrice had passed. He never regained consciousness and was taken off life support on Monday, April 6th at 3:55 PM. We assume that either Patrice had some projects for him, or Bill felt that she needed the company. Bill Lee Fuller is survived by his loving wife of 64 years, Catherine Marie Fuller, son William, daughter-in-law Karen, grandson William, grand-daughter Allison, and grandson Nicholas; son-in-law Ron Holliday and grand-daughters Lauren and Sydney; and son Michael, daughter-in-law Christine and grand-daughters Natalie and Danielle. We'll miss Dad and Patrice every day, but we know that, someday down the road, they will be there greeting us when we enter the next life. Good-bye Dad, we love you!