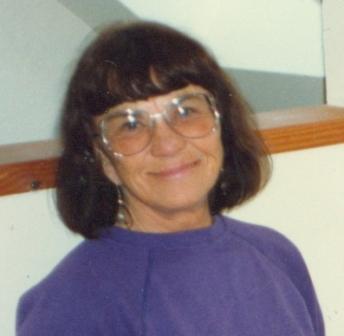 Beverly Lorraine Cameron was born March 9, 1925 in Stockton, California to John Edward and Lorraine Elizabeth Shield, their first child. The family moved to southern California, where her sister, Margaret Ann, was born. She grew up a joyful, curious child, enjoying school, camp, fishing, piano lessons, and writing stories. In 1940, with war threatening, her father was called to active duty and the Shield family moved to Hawaii, and another sister, Leilani was born. When Pearl Harbor was attacked, Beverly volunteered at the hospital, helping the wounded. When the family moved back to California, she finished high school and went into nurse's training. After the war, Bev settled down to marriage and raising her family, but she did not leave nursing. She worked at several nursing jobs while her children were growing up and later became a psychiatric nurse. She was always prepared to learn new things. She moved to Portland and worked at a hospital there for several years, then came back to California to be nearer her grandkids. In the nineties, she met the love of her life, Keenan Cameron, whom she later married. She leaves a void in the lives of everyone who knew her. She is survived by her husband, Keenan Cameron; her son, Doug Robb; her daughters, Mary Lee Pierson and Laurie Stephens; her sister Margaret; her brother Greg; grandchildren: Chad, Niall, Brianna, Kimberly, James, Sarah, and Sean. She leaves all their families, great-grandchildren, a niece, cousins and friends. We all miss her. Bev was compassionate and fun. She had a wonderful sense of humor and loved music, socializing, and was always enthusiastic. No one would call her a fussy person, BUT… She did like a bit of butter for her bread. Bev passed quietly Saturday December 10, 2011. Mary Lee and Keenan were with her. A gathering of family and friends will be held at Rice Mortuary on Thursday, December 15 from 5:00 pm until 9:00 pm with the Rosary being recited at 7:00 pm. The Mass Service will be held at St. James Catholic Church on Friday, December 16 at 10:00 am. Burial will be at Pacific Crest Cemetery.