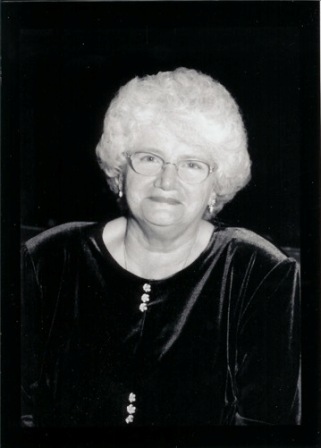 Beverly Carmen Spencer passed away in Torrance, California on August 8, 2015 at the age of 86. She was preceded in death by her husband Donald Jay Spencer and grandson Jeffrey David Spencer. She is survived by her children Suzanne Hess (Timothy), Roger Spencer (Pamela), David Spencer, Gwenyth Wickes (Gene), Elizabeth Briney (David), Kathryn Ghent (Bruce) and Rebecca Aulai. Her posterity includes 30 grandchildren and 30 great-grandchildren. Beverly was born February 1, 1929 in Salt Lake City, Utah to Amelia Cherrington and John Willie Carmen. She was the youngest of four children who brought great joy to her family. Her father died when she was age 10. Her mother said, "She was the best girl that ever was." At age 14 she obtained employment at the ZCMI Tea Room in Salt Lake City. She began by clearing tables and was later promoted to waitress. She attended South High in Salt Lake City. Upon graduating she went to work at First Security Bank as a teller working her way into management. On November 28, 1950 she married the love of her life, Donald Jay Spencer in the Salt Lake City Temple of the Church of Jesus Christ of Latter-Day Saints. While Donald was attending the University of Utah they began their family with the birth of the first of their seven children. This commenced her life's work as a mother and homemaker. In 1954, Donald, Beverly and three young children moved to Los Angeles where Donald continued his studies at UCLA. While there Beverly gave birth to a fourth child. In 1956 the young family moved to Torrance, California into the house that would be her home for 59 years. Don and Beverly welcomed three more children in the years that followed. It was in her nature to follow the example of Jesus Christ by serving others. She used her talents of sewing, quilting and crocheting to make hundreds of quilts and afghans that were donated to charities. She loved making the quilts and found joy in knowing that children all over the world were warmed by her creations. In 2003 Beverly was nominated for and the recipient of the Meridian Leadership Award, which honored outstanding leaders among the community of Latter-Day Saints. She was a lifelong active member of the Church of Jesus Christ of Latter-Day Saints. The family expresses their appreciation and sincere gratitude to Companion Hospice for their compassionate care and to the many friends who gave unselfishly.