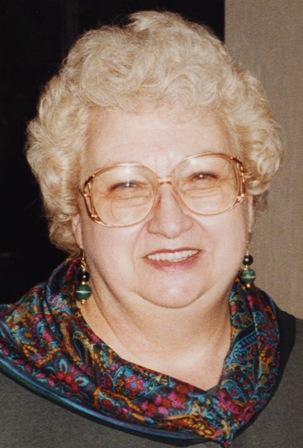 Beverley Jean Thompson, a 57 year resident of the South Bay, passed away on Thursday, March 1, 2012 in Rancho Palos Verdes, CA. Born in 1930, in Ithaca, New York, Beverley was 81 when she died. She graduated Cum Laude with a Bachelor's degree in Business Administration from Ithaca College in 1952. She said graduating college was one of her greatest achievements. In a time when "most women who were in college where there to become teachers or meet a doctor, she was there to get an education." She came out to Los Angeles in 1955, married Alvin Table and had two children, Mark and Jay. They divorced in 1960. In 1962 she married William Thompson, who brought with him three children: Ronald, Dennis, and Dorothy. Together they had Richard and settled in Torrance. The family enjoyed traveling the entire country, Canada, and Mexico in their big blue bus. She was President of the Sam Levy PTA and enjoyed several years on the Women's Auxiliary of the Pacific Coast Little League. She was an avid lover of reading, and practically "inhaled books" - She survived a house fire and several personal tragedies throughout her life with faith and heart. In 1975 Beverley again became a single parent and raised four rambunctious teenagers while working many years as a Database Administrator for Hughes Aircraft in El Segundo. Beverley is survived by her son, Mark Thompson and wife Patty of Aromas, CA; son, Jay Table of Lomita, CA; son, Richard Thompson and wife Bobbi Jo of Palos Verdes Estates, CA; sister, Mary Burton of Longmont, CO; and three grandchildren, Chris, Vanessa and Jon. She was preceded in death by her parents, Howard and Lorene Thorpe; brothers Francis, Ralph, and Richard; husbands Alvin Table and William Thompson; and step son Ronald. The Memorial Service will be held at Rice Mortuary in Torrance on Wednesday March 7, 2012 at 2pm followed by a reception in the Lighthouse Room until 5pm. In lieu of flowers, donations may be made to your charity of choice.