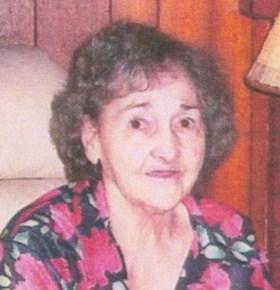 Betty Lee Butcher -- Sept 20, 1923 to March 12, 2012 Betty Lee Butcher, much loved mother of Michael, Billy and Claudia, died peacefully at age 88. Betty was a wonderful woman with a heart-warming smile, outgoing nature and a sincere desire to nurture others. Her life is best remembered as being one of love and generosity. Born and raised in Kansas City, Missouri, she married her first husband as a teenager and had her first child, a daughter, who sadly passed away at just two months of age. She and her husband later had a second child, Michael, who she loved and nurtured his entire life. Sadly, the marriage did not last and Betty later met her husband of 37 years, William E Butcher. Together, they had two children, Billy and Claudia. In 1961, the family moved to Redondo Beach, California, where they remained as their children grew up. William pre-deceased her in August of 1987. As a young, patriotic woman during WWII, Betty signed up with the Women's Army Corp. Her job was to help injured soldiers by writing letters for them, talking with them and assisting their well-being. She was immensely proud of her service years, and the fact that she was given the title of beauty queen, "Miss WAC America", as chosen by service men. She worked in a variety of jobs including manicurist, receptionist, bookkeeper, sales assistant, and finally retired in her 60s. She enjoyed working and was proud that she brought in an income, while maintaining a happy home. Betty never forgot a friend or family member's birthday or special occasion, which she celebrated with cards, gifts and phone calls. Her annual Christmas card list comprised of so many names that she ordered her cards and had them ready to go well before December. She loved to hear that people were happy to receive her cards. Betty was also a very religious woman, who maintained a life-long relationship with the Latter Day Saints Reorganized Church. It gave her great comfort to pray for everyone. She regularly participated in prayer chains and it was very common to hear her say, "I've been praying about you, how are you doing?" Betty is remembered with love by her two sons and daughter, her daughter- in-law and son-in-law, eight grandchildren, eight great grandchildren, and one great-great grandchild all of whom she took enormous pride in. The family is grateful that she is finally at peace and reunited with her late husband, daughter and mother. The family owes an enormous debt of gratitude to Billy, her younger son, who for the past 20 years has cared for her so that she could continue to live in her cherished home.