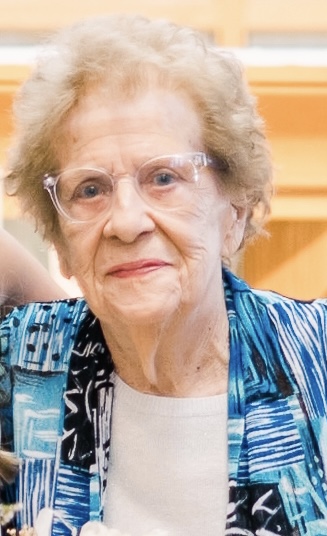 Betty Jean Stottlemyer was born on December 7, 1930 in Apollo, Pennsylvania. The oldest of seven children, she spent her younger years in Pennsylvania and moved to Arizona in 1950 with her husband of 55 years, James (Jim) Robert Stottlemyer. They raised their three daughters in Phoenix, Arizona until they moved to Torrance, California in 2000 to be closer to their daughters and six grandchildren.

Betty was very active throughout the years. She was a drum majorette in high school and became a nurse later in life. Betty was a strong and independent woman and was an inspiration for her three daughters and six grandchildren. She loved all animals and always had a dog by her side. Betty enjoyed spending time with her beloved dog Scarlet, watched “Jeopardy!’ nightly, and would do crossword puzzles every day to keep her mind sharp.

Betty Jean Stottlemyer passed away on November 9, 2021 surrounded by her family. She will be forever missed and her spirit will live on through her daughters Jackie, Sherri, and Terri, six grandchildren and great granddaughter.