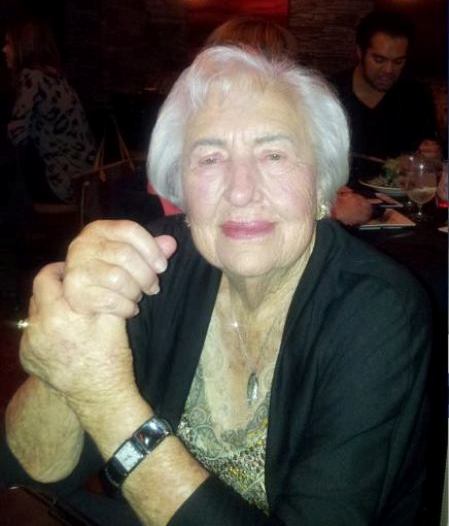 Betty Jean Goddard passed away naturally at home in Lomita, on June 10, 2018. She was 90 years old. Betty Jean was born in 1927 to Floyd and Lydia Shellenberger of Gearhart Oregon. She was an only child, and her mother brought her to California at the age of 7. She took the name of her mother’s second husband Fred (Fritz) Fiesel during her growing years. She graduated from Torrance High School in 1945 as Betty Jean Fiesel. Fritz was a rancher in Harbor city area. Betty worked with Fritz in the fields where he grew hay, beans and vegetables. They would deliver hay together to the local ranchers in Palos Verdes. Betty loved her life on the ranch where she was allowed to be a free spirit. She rode her horse Doll and took care of the other animals. There she met the friends that she would remain close to her entire life. Betty married Lloyd Duane Goddard in May 1948. They remained in Torrance and raised three children Tamara Kae, Sharon Louise, and Keith Richard. Betty was active in the community, the PTA, Girl Scouts and St. Andrews Episcopal Church. She taught swimming lessons at the Victor E. Benstead Plunge and worked several years in the Torrance recreation department. She was a founding member of the Torrance Farmers Market in Wilson Park. Betty attended El Camino College as her children grew up; she achieved her AA degree. She went on to work for Mobil Oil Corp as Secretary to the personnel manager. Mobile offered her a new position when the ground breaking Equal Rights movement made it possible for women to acquire male dominated jobs. She became a Field Gauger and then a Dispatcher. After retirement she and husband Lloyd moved to Lake Havasu City, Arizona which had been a favorite vacation spot of the family for many years. Lloyd passed away in 1992 at the age of 66. Betty met George Stanley (Stan) Deasty a Canadian snowbird living his summers in Lake Havasu City. Together they traveled the world. They saw the USA, Canada, and Alaska in a fifth wheel trailer, then chose trains, planes and cruise ships. Stan passed away in Canada in 2011. Betty moved back to Torrance in 2014 at the age of 87 to an assisted living facility and then in 2016 she moved to her daughter Tamara's home in Lomita. She continued to enjoy life, Betty still loved to travel. She and Tamara traveled to Death Valley, Las Vegas, Lake Havasu, Mammoth Lakes, Russia and the Ukraine. Betty is survived by her three children, seven grandchildren, and six great- grandchildren. Twice in Betty's lifetime she has been a grandmother in a five generation span. In 1968 with the birth of her grandson Jeffrey Robert, while Betty's own grandmother Hulda Hansen still lived, and again in 1993 with the birth of her great-grandson Sebastian Robert, while Betty's mother Lydia Wysocki still lived. There will be a celebration of Betty's life on Saturday July 14, 2018 11 a.m. at White and Day Mortuary in Redondo Beach. In lieu of flowers please make donations to your favorite charity.