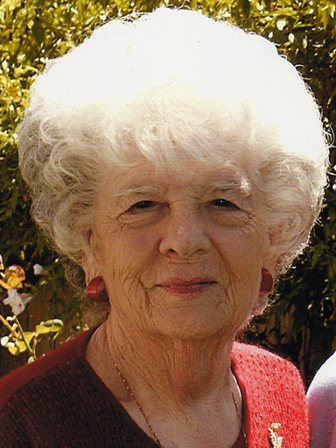 Betty Helen Dickson Betty Helen Dickson, 85, of Murrieta, Calif., born August 27, 1926 went to be with the Lord on June 7, 2012. Beloved wife, mother, grandmother, great-grandmother and sister, Betty was born in Tilton, Illinois. She moved to California in 1927, and went to Redondo Union High School. She then married her husband of 56 years, the late James Dickson in 1946. Betty spent most of her life in Redondo Beach, Calif., where she raised two children. Her love of Jesus persuaded Betty to teach 'Good News Clubs' in her home and serve as North Redondo Chapel's Superintendent of Sunday School for many years. She moved with family to Texas in 2006, but returned with her daughter to California in late 2011. Betty is survived and will be dearly missed by her daughter Sherry and her son-in-law Bob Libertor; and her son Dan and daughter-in-law Jann Dickson. She was blessed with seven grandchildren, Tammy and her husband Carl Melton; Justin and his wife Chelsea Larsen; Ryan Ziello; Seth, Ian and Garrett Dickson; and Jodie Libertor. Her great-grandchildren include CJ and Katelynn Melton. Betty also shared life's journey with her siblings, Barbara Miller, Lois Miller and her husband Gayle, Linda Williby, Don Peck and Ron Hull along with many nieces, nephews, and dear friends. She was preceded in death by her husband Jim and brothers Bill Peck and Bob Hull. A memorial service will be held at Rice Mortuary at 5310 Torrance Blvd. in Torrance, CA on Monday, June 18, 2012 at 2:00 pm. An onsite reception will follow within the Lighthouse Room.