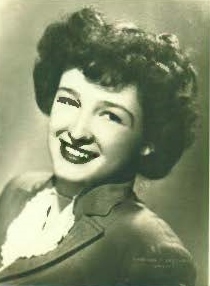 Bette Nance Terry Bette Jean Nance Terry, age 93, passed away at her home in Torrance on Wednesday, June 8, 2016. She was born June 17, 1922, in Kansas City, MO, the only child of Elizabeth Kersey (Slaker) and Lawrence Franklin Nance, and grew up in Bloomington, Illinois, where the family had moved shortly after her birth. Her given first name was Elizabeth but she always went by the name Bette. She and her mother traveled to Honolulu, Hawaii in 1931 and spent the summer visiting Bette's aunt and uncle, Ruth (Slaker) and Fred Armstrong. Upon returning to Bloomington, Bette, accompanied by her mother on the piano, introduced Hawaiian music and the hula to many civic organizations in central Illinois. Graduating from Bloomington High School in 1940, Bette enrolled at the University of Illinois at Urbana-Champaign and pledged Alpha Chi Omega sorority. She was elected to sophomore, junior, and senior women's honorary societies (Torch, Shi-Ai, Kappa Tau Alpha, Theta Sigma Phi, and Mortar Board). She was president of Mortar Board during her senior year and organized a Mortar Board "Mardi-Gras" all-campus fundraiser for the troops during World War II. Beginning in her freshman year, Bette was on the staff of the campus student newspaper, the Daily Illini. She served as assistant editor during the summer prior to her senior year, and also during the first semester of her senior year. In January 1944, she was named managing editor by the paper's board of control. At that time, she was only the second woman to hold that position since the newspaper's founding in 1873. As vice president of the Alpha Chi Omega chapter at Illinois, Bette established a "positive" pledge program, which was later adopted nationally by the organization. She graduated in June 1944 with a B.S. in Journalism, and was awarded the university's Theta Sigma Phi Award in Journalism at commencement. She married Robert ("Bob") Franklin Terry on June 18, 1944, which was also her parents' 31st wedding anniversary. The couple moved to Springfield, Ohio, and welcomed sons Robert Scott on July 26, 1945, and John Nance on May 18, 1947. Bette was initiated into Chapter AZ, P.E.O. Sisterhood (philanthropic and educational organization), in 1948 in Ohio, and also served Alpha Chi Omega as Province President, visiting collegiate chapters in Ohio and Pennsylvania. The family moved to Wheeling, West Virginia in the early 1950's. In Wheeling, Bette organized an alumnae club for Alpha Chi Omega; founded WV Chapter J, P.E.O.; and began a long career as executive secretary at The Linsly School, a private college preparatory school for grades five through 12. At Linsly, she wrote and published the first of the Linsly Newsletters for alumni and friends. With P.E.O., she served on the West Virginia state board for three years and became state president in 1966/67. While in Wheeling, the family welcomed son Paul Franklin on December 16, 1954, and daughter Elizabeth Ann on July 27, 1956. By 1979, all four children had earned college degrees and moved to California; Bette joined them in California in 1979 and had resided in Torrance ever since. Bob Terry passed away while residing in Wheeling, WV, in May 1981. Bette served as executive secretary at the Los Angeles Air Force Base for 16 years, retiring in 1995. Bette valued her family above all else, while also enjoying many other interests including travel, dance, novels, antiques, and classical music. In her words, "It's been a wonderful life thanks to my family and the many friends who enriched it." Beloved and sadly missed by her children, daughters-in-law Sue and Betsy, son-in-law Bill Wolfe, and granddaughters Allyson Queenth Terry and Kathryn Nance Terry. Visitation will be from 9:00 a.m. to noon on Sunday, June 26, 2016 at Rice Mortuary, 5310 Torrance Boulevard, Torrance, CA. In lieu of flowers, memorial donations in Bette's name may be made to The Linsly School, 60 Knox Lane, Wheeling, WV 26003.