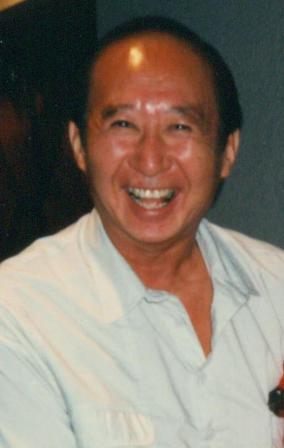 Bert Shoji Maeyama, a 38 year resident of Torrance CA, passed away on Thursday, January 29, 2015 at the age of 84 years old. Bert was born in Hilo, Hawaii and raised in Honolulu, Hawaii. He served in the Army during Korean War. He moved to Los Angeles and worked at Lockheed Corporation from 1955 until he retired in 1990. Bert and Grace were married in 1962 and moved to Gardena where they had two children, Lynn and Neal and later moved to Torrance in 1976. Bert spent many years coaching his children's various sports teams. He drove many other players on his children's teams to practices and games so they could also enjoy participating in sports. After retiring from Lockheed he enjoyed running with his dog, Mikki, growing orchids and vegetables and spending time with his two grandchildren, Jocelyn and Jared. Bert is survived by his wife of 52 years Grace; daughter Lynn, son Neal and daughter-in-law Julie; grandchildren, Jocelyn and Jared; siblings, George Maeyama, Florence Suzuki, Mildred Imada and Amy Habu. A memorial service will be held on Saturday February 7, 2015 at 3:00pm at Rice Mortuary Chapel, 5310 Torrance Blvd, Torrance, CA. Bert will be laid to rest at the National Cemetery of the Pacific in Hawaii.