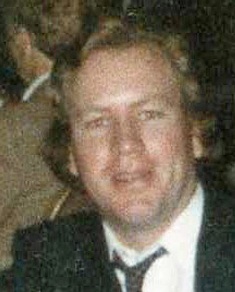 FRANCIS BERT HAGINS February 20, 1958 to January 24, 2015 Bert Hagins rose to heaven like a shooting star on January 24, 2015. Like most of his brothers and sisters Bert went by his middle name. He was born in Barstow California and moved to the Hollywood Riviera in Torrance by age 3. He lived in the South Bay the rest of his life. Bert was a special person indeed. He was dealt some bad cards early on as a baby from an accident causing brain damage from lack of oxygen. He never complained about this fact. He was a positive guy. He sure could make people laugh. He loved God; He loved the Catholic Church and was a St. Lawrence Martyr parishioner his whole life. Bert went to Parkway and St. Lawrence grade schools and South High school in Torrance. Bert loved his family and friends. Saving a few of their life's along the way. Bert loved Animals. He adored nature and landscaping. He loved to cook. He often went fishing and Surfing. He adored Rock Music and artists like Bryan Ferry. Bert just loved his girl Kathleen aka "Kitty" Mackenzie and Life in general. Every day was a adventure for Bert . He was involved in many lines of work with his brothers and friends. He was involved in the work trades of plumbing, roofing, landscaping and various types of construction. This world will be a much sadder place without Bert. Bert was preceded in death by his parents and long time South Bay teachers Mr. and Mrs. Gary and Joann Hagins; grandparents Virgil and Sherry Hagins and John and Mae Gholson; brothers Greg and Paul Hagins; and Sister Kathy Hagins. He is survived by brothers Geoff, Doug and Clark Hagins and his two sisters Rachel and Mary Hagins. He has many nieces and nephews. Donations for the Bert Hagins burial fund may be sent White and Day Mortuary 901 Torrance Blvd, Redondo Beach California, 90277.