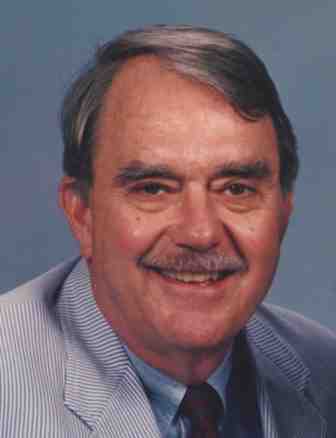 Benjamin Thomas Sharp (10/21/1927 – 02/01/2013) Benjamin T. Sharp, born in Richmond, Virginia, on October 21, 1927, peacefully passed away at home on Friday, February 1, 2013. He was a loving husband, father, and family man. Benjamin, descendant of a long line of Virginians, received his Bachelor's and Master's degrees in Chemical Engineering from the Virginia Polytechnic Institute. He was a member of many scholastic and professional organizations including Phi Lambda Ypsilon, Tau Beta Pi, the American Institute of Chemical Engineers, and Senior Honorary Member of SAMPE. After having served in the Navy as a Second Lieutenant and Assistant Supervisor of Ship Building for the 13th Naval District in Seattle, Washington, he continued his employment at DuPont De Nemours where he worked for forty-two years and was honored with the Marketing Director's Award for Outstanding Contributions to Textile Fibers. Ben Sharp, as many knew him, married Jane Shriver Sharp in 1953. With her, he actively participated in many social and historical organizations. They loved dancing with their dance group, Grandes Compañeros. They were members of the Scottish St. Andrews Society of Los Angeles and joined in many of the Society's activities. Ben's love for history, historic preservation, and genealogy inspired his membership in the Virginia Historical Society. Among his Palos Verdes activities, he particularly enjoyed participating in the Breakfast Club. He was a much loved and appreciated member of St. Francis Episcopal Church, where he served on the vestry, and was church treasurer for ten years. During his tenure as treasurer, he established an endowment fund for St. Francis that continues to provide for the church today. Ben leaves behind a wonderful legacy for his community and family. He is survived by his wife of sixty years, Jane; three daughters, Jane, Anne, and Julia; and three grandsons, Cesare and Ben Francorsi, and Samuel Hersey. We will be celebrating his life at a memorial service to be held on Saturday, February 16th, at 11:00 a.m., in St. Francis Episcopal Church, in Palos Verdes Estates. A reception will be held in the parish hall after the service. In lieu of flowers, donations may be made to your favorite charity or to the St. Francis Endowment fund.