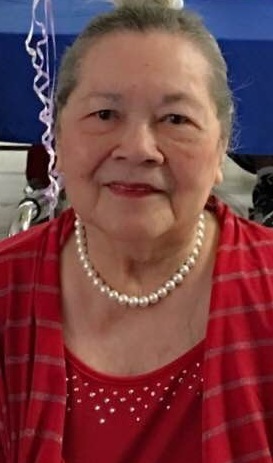 Belen Capuli Concepcion Dec. 25, 1929-Jan. 23, 2017 Belen Capuli Concepcion was born on Christmas day 1929 in Orani, Bataan to Antonina and Mariano Capuli, pastor in one of the pioneer United Methodist Churches in the country. She graduated with honors from the University of the Philippines, Diliman, with a bachelor's degree, major in education. She started her long teaching career in her hometown and retired from Torres High School in Manila. Belen and her 11 other siblings were very much influenced by their faith. With members of the family in the ministry, she held various positions in the Methodist church's youth, adult and women organizations. She initiated the building a Christian center for students while at Torres high school. She continued to be active in local church life after the family migrated. Belen was married to Cirilo on April 25, 1956. They relied on each other's strength and kept their vow until the end. They were blessed with four sons, Alex, Dennis, Elmer and Cirilo III. The family grew with the new source of joy from the spouses Nancy, Joyce, Lori and grandchildren Maybelle, Desiree, Mark and James. Viewing: 1-3 pm Funeral Service: 3 pm January 28, 2017 First United Methodist Church 1551 El Prado Av, Torrance, CA 90501