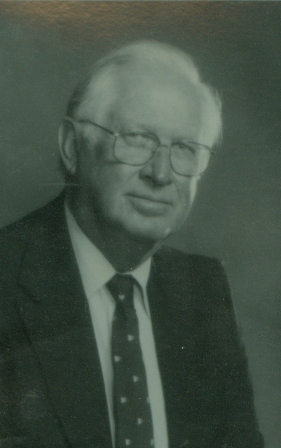 Barry Harvey Hamilton (80) passed away on September 14, 2012, after a short but courageous battle with cancer. He passed in comfort at his son and daughter-in-law's home surrounded by his family. Barry was born on January 10, 1932, in Torrance, California, and grew up in Redondo Beach. As a young boy he loved to hang out at the beach and surf. He graduated from Redondo Union High School in 1950 and continued his education at El Camino College for two years where he was on the swim and water polo teams. From 1952 to 1954 Barry served in the Navy and was stationed in San Diego. In 1954 Barry joined his brother's auto body repair shop, H & H Body Shop, as co-owner. He continued as owner of this Redondo Beach landmark family business for the next six decades. Barry's passion for swimming led him to become a lifeguard in Redondo Beach, and it was during this time he met the love of his life, Alice, and they were married on September 8, 1956. They made their home in Rancho Palos Verdes and welcomed their two sons, Bart and Paul. Barry had a passion for old cars and in the 1950's joined a Redondo Beach hot rod club called The Drifters. Every Friday morning you could find Barry and his Drifter buddies having breakfast at Eat at Joe's. Barry's love of the ocean drew him to the King Harbor Yacht Club where he became one of the first generations of members in 1967. He fell in love with sailing and began racing his Ericson 34 and in his later years enjoyed sailing his Cal 20 in the Twilight Races with his grandson and friends. Scotty's on the Strand became the meeting place for Barry and his sailing pals every Saturday morning. Barry has been a member of the Rotary Club of Redondo Beach since the late 1960's and enjoyed their weekly lunches. Later in life he took an interest in golf and would tee off in the early mornings with his golfing friends. Barry was preceded in death by his loving wife of 46 years, Alice, his son, Paul, and brother, Jarvis. He is survived by his son, Bart (Nikie) of Torrance, CA, and three grandsons, Barrett, Jake and Luke. Barry always had a big smile on his face and no one was a stranger to him. He was a man full of joy and was always in good spirits. Everyone enjoyed being with Barry because of his positive and friendly attitude. He taught through his kindness, never raised his voice and was the best grandpa to his three grandsons. He was a very generous, carefree and funny man who was liked by all who knew him. He was deeply loved and will be forever missed. A Scattering at Sea will be held on Tuesday, October 16, 2012, at 1:00pm on the Disappearance. Memorial and reception will follow at the King Harbor Yacht Club until 4:00pm.