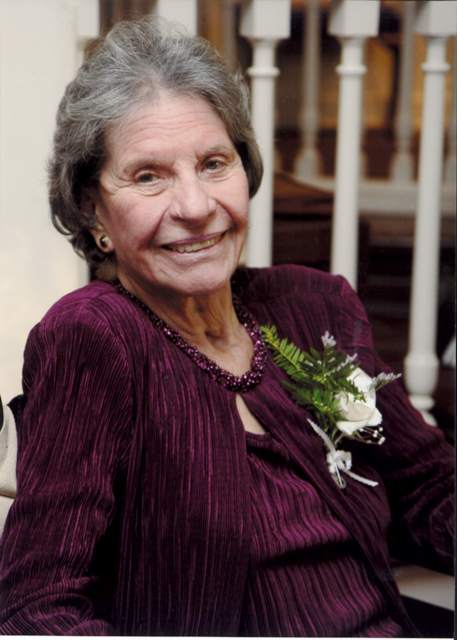 Kay Conrad, a stalwart community member of the Palos Verdes Peninsula, passed away on August 2, 2018. In her final years, she struggled with immobility and decline in health, but at the time of passing, left the earth in peace. Kay was born in Council Bluffs, Iowa, and spent her childhood years in Lincoln, Nebraska. Her family later moved to Denver, Colorado, where she attended Denver University at the age of 16. She was a reporter, columnist, and editor of the campus newspaper, and after receiving the University’s Board of Publications Award for Outstanding Senior in Journalism, she graduated with honors with a BA degree in Journalism in 1948. She was a court reporter for The Daily Journal in Denver, a reporter and editor of The Craig Empire-Courier, and during her ten years as a staff writer at The Denver Post, she wed Paul Conrad, the Post’s Editorial Cartoonist, in 1953. After starting their family, Kay and Paul moved to Palos Verdes, California, upon his acceptance of the position of Editorial Cartoonist for The Los Angeles Times in 1963. Kay and Paul quickly became integral members of the PV community, participating actively in various community affairs. Kay was a member of many professional public relations associations and became a highly respected expert in public affairs for which she received multiple awards of recognition for her service to the community. Kay was a strong promoter of women’s rights and equality. She dedicated years of activity with The League of Women Voters, including serving as President of the Palos Verdes Peninsula and San Pedro League from 1989-1991 and Communications Director for the state of California LWV from 1993-1995. As a political activist, Kay was instrumental in the incorporation of Rancho Palos Verdes as the fourth city of the Peninsula as a means to preserve open space on the coast. She managed several political campaigns including Marilyn Ryan’s as the first Mayor of Rancho Palos Verdes in 1973 and later election to the California State Assembly. Kay’s service to the community was manifest as a founding and multi-term member of the Board of Directors for the Little Company of Mary Hospital, a member of the board of advisors to The Trust for Public Land, a member of the Save Our Coastline effort, and the American Cancer Society, serving tirelessly for causes and initiatives that were important to her and Paul. Kay was a consummate Dodgers fan and her devotion to baseball led her and Paul to be integral in the formation of The Silver Spur Little League. Kay is predeceased by her husband Paul Conrad, who has been awaiting her arrival for eight years. Kay was a loving, generous and compassionate mother of four children: Jamie (Lisa), David (Angéle Colvin), Carol (Warren Kenner), and Libby Cannizzaro (Steve), as well as two grandchildren, Taylor Conrad and Daniel Colvin. A Funeral Mass and celebration of Kay’s life will be held Saturday, August 11, at 1:00pm at St. John Fisher Catholic Church in Rancho Palos Verdes. In lieu of flowers, memorial gifts can be made to the Society of Professional Journalists at spj.org/sdxmemorialgifts.asp.