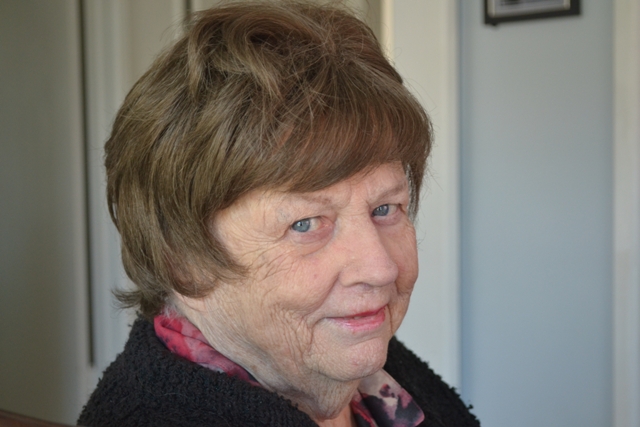 It is with heavy hearts that we announce the passing of our beloved mother, grandmother, aunt, friend, avid animal lover and sports fanatic, Barbara Pudewa. She was born the only child of George J. and Marie F. Shannon in Los Angeles, Ca on September 2, 1932, and passed away peacefully on May 6, 2018 at home surrounded by loved ones. Barbara was a life-long resident of southern California, residing in Los Angeles, Lawndale and Redondo Beach. She attended St. Michael’s Catholic School, and in later years a staunch supporter of the Alumni Association. In 1951 she graduated from Bishop Conaty Catholic High School where she developed a core group of friends she would refer to as her “Conaty girls” and remained close to until her last days. In 1968 Barbara began working as a parent volunteer in the Bishop Montgomery library, moving on to the treasurer of the boosters and eventually the school bookkeeper in 1974. Barbara remained in this position until she retired in 2016 after 42 years of service. She loved Bishop Montgomery High School with a passion and considered it her other family where she established a huge number of friendships that she maintained until the day she left us. Barbara took pride as official scorekeeper for her son’s little league and high school baseball games, and loved to bowl and participated in a number of leagues over the years. As many were aware, Barbara was a sports nut, derived from her first trip to Wrigley Field on 42nd and Avalon to see her beloved Los Angeles Angels play in 1947. She was a die-hard Angels fan and Los Angeles Kings fan, and season-seat holder. She developed a great circle of friends at both stadiums and uttered that she’d be able to rest in peace because her Angels finally won a World Series in 2002 and her Kings, the Stanley Cup Championships in 2012 and 2014. She will be dearly missed. She is survived by her daughter Patti Korte (Steven); sons Paul Pudewa and James (Connie) Pudewa; grandchildren Justin (Hayley), Jerad, Joshua (Claudia), Jenna Korte; Fabian (Danielle) Monroy, Andrew Pudewa: Ron and Brandon Simkiss; and great grandchildren, Taryn Ackroyd, Collin Monroy; Caroline Korte. She is preceded in death by her husband, Joseph Pudewa. Vigil/Rosary will be held at Rice Mortuary, 5310 Torrance Blvd., Torrance, California, May 16, 2018 from 5pm-9pm (Rosary 7pm). Funeral mass will be held at St. James Catholic Church, 415 Vincent Street, Redondo Beach, California 90277 on May 17, 2018 at 10am. Burial service May 18, 2018 at 11am at Calvary Catholic Cemetery, 4201 Whittier Blvd., Los Angeles, California 90023.