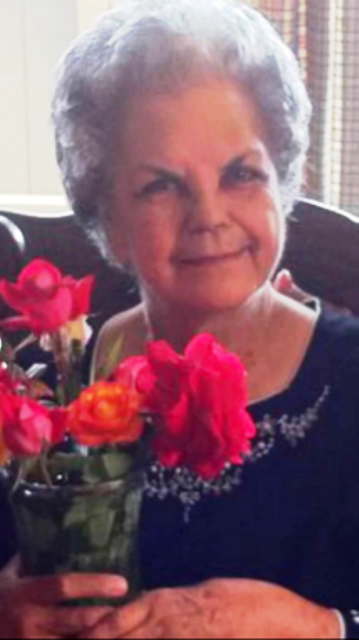 Barbara Jean Molina, a resident of Redondo Beach, CA for over 50 years, passed away on Wednesday, June 3, 2020 in Torrance, CA. Born in Hermosa Beach, California, Barbara was 84 when she died. Barbara was a member of Our Lady of Guadalupe Church, and at one time a member of the VFW Post – 2828 (Redondo Beach) along with her husband, Navy Veteran, Ray Molina, who passed away in 2015.

Barbara, also known as Bobbie, was the second to the youngest daughter to Gaspar and Jennie Tarango—Growing up in Hermosa Beach with her five sisters. She attended Redondo Union High School, and then married Ray Molina at the age of 17. Barbara’s work career spanned from the 1970’s working at Metlox Pottery in Manhattan Beach, to the area of electronics where she assembled circuit boards at VAX Matrix Corporation in Torrance — Retiring in the late 1990’s to take care of her grandchildren, whom she absolutely adored.  Barbara enjoyed reading, gardening, and traveling. Some of her favorite places that she visited and also lived were: Lake Tahoe, Las Vegas, San Francisco, Oregon, Texas, and New Mexico.

Barbara’s passion in her life was her family. Her dedication to her husband, children, and grandchildren has kept her family strong throughout the years. She was the family matriarch to her many nieces and nephews who adored her, as well – She will be greatly missed.

Barbara is survived by her daughters Laura Taul and Christine Leahey, son Joe Molina, and her six grandchildren, Paul, John, Andrew, Daniel, Layla, and Taylor. Her family will forever carry her love in their hearts, and they will think of her often.