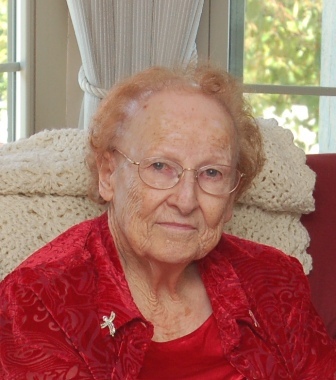 Barbara Elizabeth (McGee) Weber August 10, 1924 - October 24, 2014 Barbara Elizabeth Weber passed away on Friday, October 24, 2014, in Chula Vista, California, at 90 years of age. A native Californian and a long time South Bay resident, Barbara was born on August 10, 1924, in Hermosa Beach, the eldest of four children born to Edward and Barbara (Hiss) McGee. She attended Pier Avenue Jr. High School and was a graduate of Redondo Union High School. She lived in Hermosa Beach until she married Robert John Weber on April 10, 1948 in St. James Catholic Church in Redondo Beach. Bob and Barbara began their married life in Manhattan Beach and remained Manhattan Beach residents until 2005, when they moved to San Diego to be closer to their daughter. Barbara was a devoted wife and mother, kind-hearted, always friendly to others, and quick to smile. In addition to being an avid bowler, she loved playing bingo and doing word search puzzles. After raising their three children and volunteering at American Martyrs School's hot dog lunches and numerous other school and church-related activities, she clerked at a local dime store and waitressed for a short time at one of the downtown cafes. Barbara was a member of the Mothers Club and Catholic Daughters, and she was a dedicated support for her husband Bob in his involvement with multiple Knights of Columbus activities. Pre-deceasing Barbara were her husband Bob (2005), her parents, her brother Owen who died in infancy, and her sister Mary Ann Weber. Surviving Barbara are her brother and sister-in-law, John and Carmen McGee of Torrance, her sister-in-law, Mary Ellen Etherington of Santa Clarita, and her children Ann (and Delton) Stevens of San Diego, Bob (and Sally) Weber of Virginia, and Mary (and Richard) Hilton of Minnesota. Also surviving are 8 grandchildren and 4 great-grandchildren as well as nieces and nephews. The family wishes to extend special appreciation for all the wonderfully loving and compassionate caregivers and medical support team members at Sunrise of Bonita in Chula Vista, where Barbara has spent the last nine years. Thanks also go to LightBridge Hospice, who ensured that Barbara was comfortably free of pain and agitation during her last days on this earth. Services include a rosary at American Martyrs Catholic Church on Tuesday, October 28, at 7:00 PM. Mass will be held at American Martyrs on Wednesday, October 29, at 10:00 AM, followed by burial at Holy Cross Cemetery. In lieu of flowers, donations in Barbara's memory may be made to Rancho San Antonio, 21000 Plummer Street, Chatsworth CA 91311.