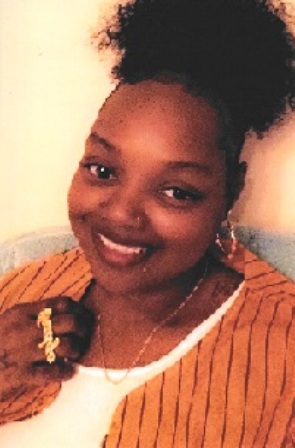 On January 11, 1983 in Los Angeles, a beautiful baby girl was born to Sharon Howard and Reginald Steed. “Autume” the first grandchild, was the pride and joy of her grandparents Aaron and Juanita Howard. Her Paw Paw called her “Mama”, her mommy called her “Autie Putie” and everyone else came to know her as “Fudge” because of her radiant chocolate skin.

Autume was so advanced that she walked at nine months and started school at two years old.  She had the most beautiful smile which would light up a room and she loved cartoons, dancing and choreographing drill team routines. Autume accepted Christ at an early age and was baptized at Heavenly Vision Missionary Baptist Church.

She attended Heavenly Vision school, Woodcrest Elementary, Henry Clay Jr. High and graduated from George Washington High school, where she played softball.  She continued her education at El Camino College where she graduated at the top of her Cosmetology class.

While growing up on the “Dime Block” Autume made sure to stay aware of the happenings in her neighborhood, conducting herself as the “Neighborhood Watch”.  She was also a comedian and was awarded class clown by her family and friends.  She was an entrepreneur, using her creativity and passion to customize T-shirts and tennis shoes.  Autume had a love of music, she had a beautiful voice and like her mom, loved to sing.

Autume was very skilled and worked for numerous employers including her 1st job at Church’s Chicken, where she earned the title “Queen of Biscuit Batter”. She worked for RW Duran and worked in the field of security for 10 years.  She was employed by Securitas, better known to Autume as “Sec u ritas” Protek and Allied, where her sweet and playful personality always shined throughout her work. Autume’s worked at Christ Center Ministries until her health began to fail.

One of Autume’s greatest joys in life was being the Auntie of Donovan and Skyler, which many times she thought she was their MOM.

Autume, a phenomenal and amazing daughter, sister, auntie, niece, cousin, friend, and best bud, succeeded her highest elevation on July 1, 2020.  Her spirit will forever be greatly loved and deeply missed.