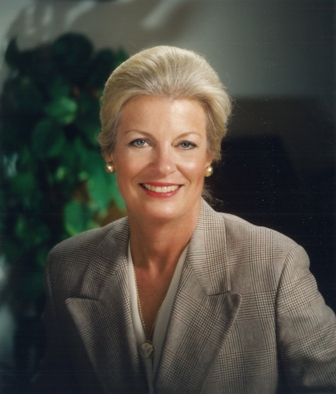 Astrid Lundberg Naviaux, age 76, of Rancho Palos Verdes, California, passed away on Saturday, June 24, 2017. Astrid, the oldest of four daughters, was born to the late Nils Harry Lundberg and Astrid Frick Lundberg on October 24. 1940, in Zamboanga, Philippines, where her father managed the Goodyear Tire and Rubber Company rubber plantation - “Pathfinder”. By the summer of 1941, Harry Lundberg (USNA ‘34) received warnings regarding the impending Japanese invasion of the Philippine Islands. Harry arranged for his young family to leave the Philippines for Shanghai on the last Army Navy ship out of the Philippines and then to return to the United States. Harry stayed on to manage Goodyear’s operations in the Philippines until the invasion and was then captured and interned as a civilian prisoner of war until General MacArthur recaptured the Philippines in October 1944. Astrid and her mother lived with her grandparents in Solon, Ohio, during the war years. Following the war, Harry was able to reunite with his family in the United States. In 1945, Astrid and her mother joined Harry back in the Philippines where they lived until early 1949. From the Philippines, the family moved to Costa Rica where Astrid loved riding horses to school every day! From Costa Rica, the family moved to Sumatra, Indonesia; a very special place in Astrid’s life. Due to living around the world in remote locations, Astrid was homeschooled during her elementary years. She left home at the age of 13 to attend Northfield School for Girls (known today as Northfield Mount Hermon School) in eastern Massachusetts. Astrid graduated from Northfield in 1958 and continued her education at Briarcliff College. Astrid would travel home to Sumatra for school holidays on the early pressurized Trans Pacific Airliners, including the Pan American Airways Boeing Stratocruiser which was an airliner based on the B-29 Superfortress of WWII fame. In 1957, Astrid and a friend traveled to Annapolis, Maryland to attend June Week celebrations at the United States Naval Academy. She met Jacques Calvert Naviaux of Cheyenne, Wyoming, on a blind date arranged by her father. This was the beginning of a relationship that would last 59 years. Jacques and Astrid were married in the Naval Academy Chapel on October 17, 1959. As a loyal Marine Corps wife, Astrid followed Jacques to many duty stations. In 1961, Jacques received orders to Marine Corps Air Station El Toro in Orange County, California. This would be Astrid’s first experience living in Southern California, where she would spend most of the rest of her life. Opportunities with the Marine Corps and civilian life took Astrid and Jacques to: Brunswick (GA), Monterey (CA), Washington, D.C., New York City, La Jolla (CA) and Syracuse (NY). Jacques also served as a fighter pilot in Vietnam from 1967-68, during which time Astrid lived with her parents in Ohio. Astrid and Jacques moved to Rancho Palos Verdes, California, in 1974, where they would spend the majority of the next 43 years. Family and friends were Astrid’s passion and delight. She touched many lives with her generosity, compassion, style and elegance. She was a gourmet chef, beautiful seamstress, skilled at knitting, and wonderful wife, mother, and grandmother! Astrid was a very successful businesswoman and perpetual top seller in real estate with Coldwell Banker. Astrid enjoyed the partnership and friendship of Doris Washington, Bobbie White, and Sharon Crum-Herzog during her years in real estate. Astrid was also very involved in the Palos Verdes community as a volunteer. Highlights of her community service included: serving as a sustaining member in the Junior League, President of the Palos Verdes Sunset Rotary Club, President of the Norris Theater Bravo, Member of the Palos Verdes Chamber of Commerce, Deaconess at Saint Peter’s Presbyterian Church, volunteer at Torrance Memorial Hospital, and as a member of the Rolling Hills United Methodist Church. Astrid was preceded in her death, by her husband, the late Colonel Jacques Calvert Naviaux USMC (Ret) and her parents, Astrid and Harry Lundberg. She is survived by her two sons, Jacques Calvert Naviaux II of La Jolla (CA) and Nils Ward Naviaux of Bellingham (WA), and her daughters-in-law, Jeanine (Balseals) Naviaux and Andrea (Lonner) Naviaux. Astrid had four grandchildren: Christophe, Philippe, Sophia, and Alena. Astrid is also survived by three sisters: Kristin (Dan) Searle of Monterey (CA), Ingrid (Peter) Stephan of Xenia (OH), Lisa (Kent) Anderson of Naples (FL), and brother-in-law Jon (Anne) Naviaux, Portland (OR). Despite the distances between the sisters and their families, they stayed very close throughout the years and the entire family gathered frequently for family vacations. The cousins loved these family times together: Danny (Caroline) Searle, Christopher (Allison) Searle, Brian (Stephanie) Stephan, Astrid (Ed) Kapfhammer, Brandt (Jessica) Anderson, Erik (Michelle) Anderson, and Kirstin Anderson. Being 100% Swedish, Astrid enjoyed her Swedish heritage and kept Swedish traditions alive in her family. She will always be remembered for her delicious Swedish almond tarts “mazariner” which she made every Christmas! Astrid lives on in the hearts of all she touched! There will be a Memorial Service on July 6th at 11:00 AM at the Rolling Hills United Methodist Church, 26438 Crenshaw Blvd., Rolling Hills Estates, CA followed by a Celebration of Life at the Los Angeles Yacht Club, 285 Whaler's Walk, San Pedro, CA.