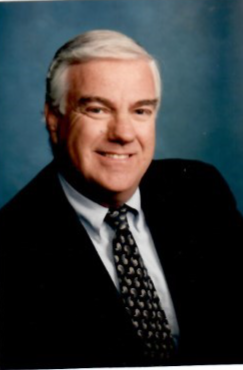 Arthur W. Francis, Jr. passed away at home, on October 11, 2022, from a rapidly aggressive form of cancer. He was born in Cleveland, Ohio, on May 30, 1941. As the middle child of three boys, he grew up in Alhambra, California. He graduated from St. Theresa Grammar School and Loyola High School. In 1965, Art graduated from California State University at Los Angeles with a Bachelor of Science in both Accounting and Finance. For the next two years he continued in graduate school working toward a Master of Science degree in Finance. In 1967, he was accepted at the University of Southern California School of Law and obtained his Juris Doctorate as a proud Trojan in 1970. Art began practicing law in downtown Los Angeles at the insurance defense firm of Newlin, Tackabury and Johnson. In 1978, he became a partner in the firm of Jones & Wilson, remaining there until 1982 when he formed his professional corporation and co-founded the firm of Flahavan, Hudson & Francis, a mid-size insurance defense firm. In 1989, he became of-counsel. In 1992 he moved his practice to Redondo Beach. Art had extensive experience in handling appeals and arguing in both Federal and State Courts including the California and United States Supreme Court.

In 1977, Art met Patricia Elliott (Whitson) and they were married in Cabo San Lucas, Mexico three years later, in 1980. Married for over forty-two years while residing together in Hermosa Beach, Art and Pat were best friends and thoroughly enjoyed spending time together taking cruises, eating great food, and watching sunsets.

In addition to a passion for deep sea fishing, Art also enjoyed going to classic car shows and attending 50’s and 60’s era music concerts. He was particularly fond of attending Loyola High and USC football games with friends and cheering his Cubs and Trojans to victory.

Art gave generously of his time and talents to other attorneys, friends and to local charitable organizations. He inspired great loyalty and was beloved by friends, and associates. For many years, Art actively supported Beacon House of San Pedro, a residential substance abuse recovery program for men.

Art is survived by his loving wife Pat, his stepson Michael Elliott, and his ten nieces and nephews.

A Celebration of Life will be announced at a future date.

Donations in Arthur W. Francis, Jr.’s name are appreciated for The Beacon House Association of San Pedro at www.thebeaconhouse.org