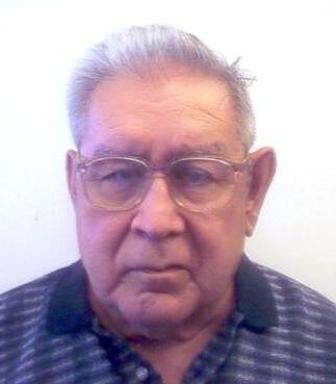 Arthur John Alvarez, a 52 year resident of the South Bay, passed away on Sunday, May 6, 2012 in Torrance. Born in Michigan, Arthur was 85 when he died. Arthur had served in the army during World War II and the Korean War. He came to California in 1955 and used the GI bill to train as an airline mechanic. Art worked for both Western and Delta Airlines for 30 years. He enjoyed traveling and used his airline benefits to go overseas as well as back and forth to Michigan. Life had its trials and joys but faith and family carried him through. Art was hospitalized for a month before succumbing to his illness. His family was at his side daily and had the pleasure of praying with him. Art affirmed his belief in Christ Jesus as his Savior. The family wants to thank all those who were praying for him during this painful time. Although family and friends will miss him every day, we have hope because of Christ's finished work at the cross. Art was preceded in death by his wife of 43 years Rachel and a son Steven. Art is survived by daughter, Anita Alvarez of Hawthorne, CA; son, David Alvarez of Glendale, CA; son, Arthur Alvarez of Hawthorne, CA ; five grandchildren and one great grandchild. A Graveside service will be held at Pacific Crest Cemetery on Wednesday May 16 at 9:30 AM. Burial will follow at Pacific Crest Cemetery in Redondo Beach. In lieu of flowers, donations may be made to your favorite charity or veterans' organization.