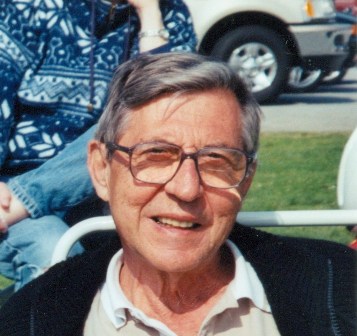 It is with great sorrow that we announce the passing of Arthur Furkioti, a resident of Redondo Beach, California for over 60 years. He passed on October 11, 2012 at the age of 87. His presence will be greatly missed by family and friends alike .Arthur was born in Astoria, New York in 1925 as the second of two sons to Gus and Katina Furkioti. The family then moved to Pontiac, Michigan where Arthur attended college at Wayne State University while working in the fur trade with his father. His education was interrupted by his nation's call to duty as he joined the Navy to serve during WWII. Arthur was a surgical nurse, scrubbing in on the most serious of cases. He helped to set the protocol for their sterilization techniques while on board in the Pacific Theater during the most intense of times. Upon being stationed out of San Diego Naval Base, he ventured to Los Angeles for some R&R whereby he met his true love, Pauline Chalekson, of Redondo Beach. After marrying they moved to Pontiac, Michigan to start their family and had their first child, Cathy. Several years later, they relocated to Redondo Beach where they settled down for good and had their second child, Dean. After years of working in the fur trade in Beverly Hills, Arthur retired and returned to college to earn his Business Degree from Long Beach State University. Arthur is survived by his loving wife of 64 years, Pauline; older brother, Nick (Fran) of Ann Arbor, MI; children Cathy (Steven) Fink, Dean (Angela) Furkioti DDS, and five loving grandchildren, Jeremy Fink, Alex Fink, Alexis Furkioti, Tessa Furkioti and Deano Furkioti. Family and friends will no doubt miss Arthur, his endless generosity and selfless ways. He was a premier role model via his daily existence and his memory will be eternal. Trisagion (Rosary) services will be held on Sunday October 14, 2012 at Rice Mortuary, Torrance, CA at 2:00 pm. The Funeral will be held at St. Katherine Greek Orthodox Church in Redondo Beach, CA on Monday October 15, 2012 at 10:00 am. In lieu of flowers please donate to St. Katherine Greek Orthodox Church where Arthur and Pauline are founding members.