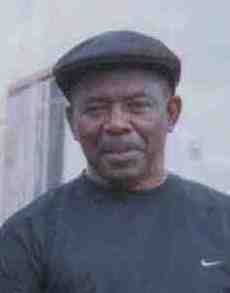 Arthur Dewayne Love, Sr. was born in Los Angeles, California on September 3, 1937 to Arthur Leon and Loletha Bowser Love. "Dewayne" as he was known by family was the oldest of four children. Growing up, he was a newspaper delivery boy where, along with his brother, received a 'News Boy of the Week' Award. During his senior year of high school, where he attended Jefferson High School in Los Angeles, he joined the US Air Force and served in the Korean War. While serving in the Air Force, Dewayne was stationed in San Bernardino, San Francisco, and in Kansas, as well as abroad in Germany. In 1958, Dewayne met the love of his life, Lessie at Hamilton Air Force Base in Northern California. They wed a year later in December 1959, and to this union five children were born. After serving 10 years in the Air Force, he was honorable discharged with a Occupational German Medal, National Defense Service Medal, Good Conduct Medal (4 times), and the Long Service Award (2 times). Dewayne began working as a custodian for the Los Angeles Unified School District in 1964. In 1967, he began a second job working for the Los Angeles Community College District. He was a hard-working man and for 35 years worked two full-time jobs to provide for his family. He retired in 2002 after 30+ years on both jobs. Dewayne loved his family. He worked hard all week long looking forward to the weekend to spend time with them. During earlier years, two of his all-time favorite things to do with his family was loading up the station wagon and taking them to the drive-in theater to catch a movie; a trait he learned from his father, or taking them to the Long Beach Pike. Growing up, the kids really looked forward to their birthday's each year because it meant special "alone time" with Dad as he took them out for a birthday lunch at Clifton's Restaurant downtown, then they got to shop for their own birthday present. As his children and grandchildren got older he was always there giving them support at their sporting events as they participated in everything from wrestling, on to baseball, basketball, football, and softball. He was their #1 fan. Dewayne had a genuine love and care for everyone. He had a great spirit for such a soft spoken calm man. He was loved and respected by all. One of his long-time hobbies was watering the grass. Not a day passed that Dewayne didn't water and admire his grass. It was like he was in a "green grass" contest that only he knew about. He was also a great grand-dad and babysitter as he often cared for his youngest grandchildren, who will truly miss him. Dewayne was preceded in death by his father Arthur Leon Love, and his mother Loletha Love. He leaves to carry on his memory his wife ~ Lessie Love; his five children ~ Marie (Net) Love-Jones and her husband Cleveland (Buddy) Jones, Deborah (Debbie) Love-Jones, Tonia (Toni) Love, Arthur (Sonny) Dewayne Love, Jr. and his wife Carolyn Poitier-Love, Anicka (Neshe) Love Bordenave and her husband Aldon Bordenave, Jr.; his eight grandchildren ~ Brandon (Bran) Love, Billy (Joey) Jones, Fallon (Nikki) Jones, Ryan Patterson, Jr., Arthur (Tra) Love, II, Wonya (Kham) Love, A'dyn Bordenave and Aurea Bordenave; his three great-grandchildren ~ Brylin (Bry) Jones, Jaelen Jones, and Treyven (Trey) Murphy; one brother, Larry Love; two sisters, Brenda Jennings and Terry Love; and a host of nieces, nephews, and other extended children, family and friends.