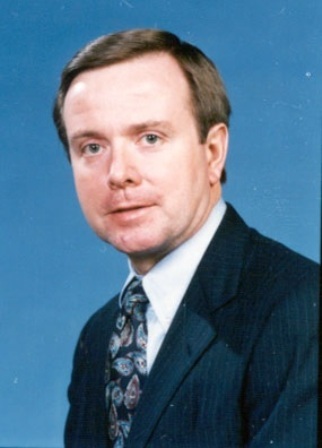 Arnold F. Wellman, Jr. ("Arnie"), 61, of Manhattan Beach, CA died October 7, 2015 from complications related to a lung transplant for idiopathic pulmonary fibrosis. He was born in Waterbury, Connecticut the only son of Arnold and Alice (Ryan) Wellman. He majored in Political Science at Southern Connecticut State University and attended Emory Business School in Atlanta. Arnie was the youngest person elected to Connecticut's state legislature and served three terms (1977-1982) representing Connecticut's 76th assembly district. In addition, Arnie was employed by UPS for 38 years. He built his career in UPS operations and ultimately was the President of Global Public Affairs, where he was responsible for worldwide government affairs activities for the 220 countries and territories UPS serves. During these years Arnie was instrumental in working with his colleagues to build schools, computer facilities and access to clean water and sanitation in remote and less developed regions of many countries. His welcoming smile was appreciated and shared by the thousands of children and villagers who still benefit from this work. Arnie served on the Board of Directors for many non-profits including, the Annie E. Casey Foundation Board, the American Trucking Association Executive Committee, the National Bureau of Asian Research, the United States Council for International Business, the Committee for Hispanic Children & Families, the Appalachian Trail Conservancy, and the U.S. Capital Historical Society. Arnie authored a genealogical book, "Descendants of William Wellman of Connecticut" which was published in 2014. Arnie loved spending time outdoors especially in the mountains. He enjoyed running and cycling. Arnie's grandfather taught him how to build dry stacked stone walls and he built stone walls at every home where he lived. These walls will stand forever. He'd often be on his Kubota tractor, moving rocks or working in the garden, generously sharing bulbs and other delights with his friends. Arnie always put others first. He graciously helped many people overcome obstacles in their life's journey by quietly assisting in the background. His sense of humor and love of life will be missed. Arnie is survived by his beloved Wife, Jennifer, his children Andrew, Alden, Avery and Abagael; stepchildren Rebecca and Ben; grandchildren Abigail, Emma, Caten and Finnegan; sisters Shelly and Marianne; and several nieces and nephews. He is preceded in death by his parents, and sister, Jennifer. A celebration of life service will be held at 12:30 pm on Friday, October 16, in the chapel at Rice Mortuary, Torrance, CA, followed by a gathering of family and friends in the Reception Room from 1:30 pm to 3:30 pm. A private burial will be held in Connecticut. Flowers can be sent to Rice Mortuary, or in lieu of flowers, donations may be made to the charity of your choice.