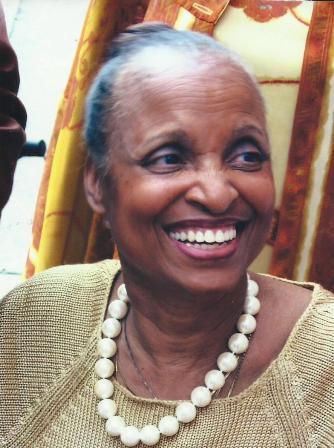 Arline Stubblefield Dean's sunrise began on December 21, 1941, in Los Angeles, CA to the parents of Augusta and Walter Stubblefield. She had two brothers, Clarence, and Jose Stubblefield (who proceeded her in death). She always reflected on her early years of childhood with great joy and fond memories. She was a happy and very social child and that continued to be the theme of her life. Arline accepted Jesus Christ as her Lord and Savior at an early age, and that relationship stayed a constant throughout her life. Arline married her high school sweetheart Edward Dean. From that union came three children, Michael, Randy, and Karen. She never allowed the fact she had three children to stop her social life. She continued to pursue her passion for a full life. She was a beautiful lady both inside and out. She decided to explore acting. She did a MasterCard commercial and also landed multiple print work ads as a featured model. She sang with the Nelson Riddel Orchestra. As part of her life's journey, she attended classes at Inner City Performing Arts where she had the opportunity to meet various movie and TV actors. One actress that she maintained constant contact as pen pals for many years was Pearl Bailey. The stories that she told about those days always made her light up with glee. Arline was a shining example of positivity, strength, and grace. She found a way no matter how others may have treated her to not focus on the negative, but move forward to the positive experience. She always felt negativity stops the flow of good things to come to you so why entertain it. She leaves to celebrate her life intimately her mother Augusta Finch, brother, Clarence Stubblefield, adopted sister Yolanda Fackler, three children, Michael Dean, Randy Dean, Karen Dean, six grandchildren: Tristen, Kyle, Steven, Ashli, Tiffany, Jeffery, six great-grandchildren; Marco, Jayden, Avi, Casen, Aniyah, Kyla, her Unique sisters, and a host of other relatives and friends. We will ALWAYS love you and you will be sorely missed. Thank you for touching our lives in such a positive way.