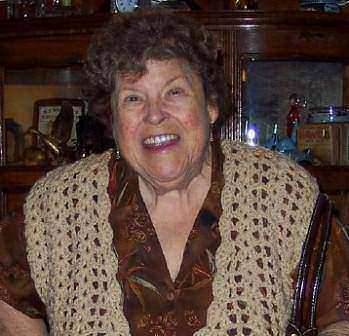 Arlene Delaney-Millbank 1934-2012 Arlene Grace Green was born on July 8th, 1934 to Lucille and Merwin Thomas Green of Lawndale, California. She was the youngest and only daughter. She is survived by her brothers William Green of Hawthorne and Lawrence Green of Lawndale. Her oldest brother, Robert Green is now deceased. Mom grew up in the South Bay area close to the beach and the good friends which were always part of her life. She graduated from Redondo Union High School in 1952 and from El Camino College in 1954. On May 28, 1955 she married Kenneth Karl Delaney who passed away in 1988. They had four children Jonathan Delaney of Carson, Tarynne Fraigun of Tujunga, Donna Wilby of Carson and Stephen Delaney of Harbor City. Our parents had a great love of children, opening their hearts and home to foster children in the 1960's. Michael Norris has been a part of her life and in her heart, her son. In 1999 she married James Millbank of Torrance who survives her. Mom worked most of her life as an office manager and as an account Clerk for the County of Los Angeles. She retired in 2006 after 20 years of service. She enjoyed her job and the people she worked with but her real passions were cooking, collecting many cookbooks and recipes over the years. And her Tuesday night pinochle club which consisted of her closest friends, many of whom she knew since she was a child. These women were the sisters of her heart. She had a great sense of humor and would make a joke about any situation. When I was a child mom was the one who made us laugh. When we were sad and crying she would take her teeth out and make the funniest of faces. In seconds we would forget whatever we were sad about. As an adult my mom would use her humor to remind us not to take life too serious. Things always had a way working out. We do our part God will do the rest. Mom was very proud of her children and equally proud of her grandchildren: Deena Robinson, Carrie Jones, Jon Delaney, Joshua Norris, Heather Milford, Ryan Wilby, Kevin Wilby and Jacob Fraigun and 8 Great-Grandchildren. We love you mom.