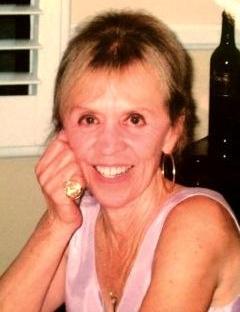 Arlene Barrett Rodriguez Arlene B. Rodriguez, age 79 passed away on Monday, August 25, 2014 at Torrance Memorial Hospital in Torrance, CA while recuperating from hip surgery a few days earlier. Arlene passed with her immediate family and special friend, Margaret, at her bedside, and she is now celebrating Eternal Life with God, her husband and all those family and friends which have gone before her. Arlene was born September 14, 1934 in Merna, Nebraska. She is survived by her two sons and daughter-in-laws, Sean and Debbie Rodriguez of Palos Verdes Estates, and Jon and Timri Rodriguez of Fountain Valley; four grandchildren, Samantha Rodriguez (age 17), Shane Rodriguez (age 13), Tyler Ratzlaff (age 19) and Parker Rodriguez (age 8); her two brothers and two sisters, John Barrett of Omaha, NE, Marty Barrett of York, NE, Lois Barrett Whiteman of Broken Bow, NE and Helen Barrett Strehle of Grand Island, NE. Arlene was born on a farm in Merna, Nebraska to Joy and Beryl (Tooker) Barrett. She was one of eight children. She had three brothers and four sisters. Two sisters and one brother passed away before Arlene: Virginia Barrett Mackley (older sister), Patsy Barrett (younger sister) and Frank Barrett (younger brother). During her younger years, Arlene helped out on the farm and with her siblings. She moved to Chicago in her late teens to attend Art School. Soon after, she became a flight attendant for American Airlines. It was during that time she met Fernando Rodriguez in Los Angeles. They were married on June 9, 1961 at St. Bernadette Catholic Church in Los Angeles. They lived and raised a family in the Los Angeles area and enjoyed many wonderful friendships. Arlene loved to draw, paint, knit, sew and take care of her little dog, Maggie. She made many wonderful clothes for herself and her family. She was a caring mother and friend who always thought about others first. She had a quick wit and wonderful smile. May God bless you. We miss you and love you! The Funeral Mass will take place on September 13, 2014 at 1pm at St. John Fisher Church in Rancho Palos Verdes with Monsignor Sork presiding. The vigil service will take place one hour prior to the funeral service at St. John Fisher Church. The Burial Service will take place on September 15, 2014 at noon at Calvary Cemetery in Santa Barbara, CA. In lieu of flowers, the family has set up a Memorial Fund in Arlene Rodriguez' name. All donations will go to Mahali Pa Usalama Rescue Centre for abused children in Mombasa, Kenya. Please make checks payable to the Arlene Rodriguez Memorial Fund. Checks may be sent to 984 Via Rincon, PVE, CA 90274 C/O Sean Rodriguez.