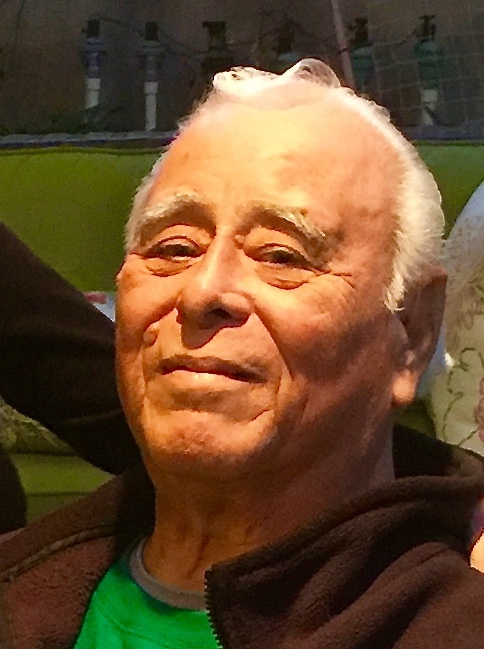 In Loving Memory of Antonio "Tony" Eugene Aguilar With heavy but loving hearts we announce that our beloved Dad, Pops, Grandpa, Great Grandpa, Brother, Uncle and friend left us to be with the love of his life in Heaven, his wife Ellen and his son Michael, on Tuesday, December 29th, 2015. He passed away at home where he lived in Redondo Beach with his daughter Elaine. We will be holding Antonio's schedule of services starting with the Viewing & Rosary on Tuesday, January 5th 2016 from 5:00pm to 9:00pm at White & Day Colonial Chapel in Redondo Beach. Church services will follow on Wednesday, January 6th, 2016 at 10:00am at Our Lady of Guadalupe Catholic Church in Hermosa Beach, followed by his internment at Holy Cross Cemetery, Culver City, CA. The Wake will follow at his son and daughter-in-law Vincent & Marianne Aguilar's home in Hermosa Beach. Antonio was born in Pasadena, CA on August 5, 1932, growing up with his older brother Armando "Army", his sister Stella, his Mother Elisa and his Father Jose, as well as his cousins and extended loved ones, many who still live in the Pasadena and Altadena area. Dad has always been the ultimate storyteller, regaling us with stories of his childhood, his indiscretions, the good, the bad and the funny. How he would ride the Red Cars into downtown, sneak into dance clubs, fighting as an underage Golden Gloves fighter, going to the pool at PCC, hanging out with his brother & cousins getting into trouble.......but the best stories were always those that included Mom. On one warm summer LA night while out dancing, our Dad met Ellen and it was love at first sight (at least for Dad)! Mom definitely needed to be wooed, but was entranced by the handsome young man, with great dance moves, twinkling eyes, great smile and wry sense of humor. They danced, they fell in love, they got married and the rest is history! Antonio and Ellen had nine children and 50 years of love & marriage together in Pasadena, eventually moving and living most of their lives in the South Bay area together until his beloved Ellen passed from cancer in 2001. His son Michael also preceded him in death, in 1990. Antonio is survived by his other eight children; his sons Antonio, Victor and Vincent, and his daughters Laura Kelly, Linda Thomas, Elaine, Valerie and Diana. Antonio had so much more love to give that it was inevitable that he was Grandpa to so many beautiful grandkids to shower with love, all of whom he adored; Elizabeth Largaespada, Ted Salter, Lydia Thomas, Gabriel Maestas, Alex Aguilar, Michael Aguilar, William Aguilar, Elisa Thomas, Mary Kelly, Liam Kelly and Aidan Aguilar. And his great grandkids who were the twinkle in his eyes; Ted Salter Jr. (TJ), Tommy Salter, Ryder Aguilar and now the two beautiful babies to come that he'll be able to watch over forever. Dad is also survived by his 90 year old brother Armando "Army", and many beloved extended family and friends. Dad, you might have "left the building" but you have left an indelible mark on this world and on so many lives. When anyone met you they felt special and knew how genuine you were. With your firm handshake and your welcoming bear hug you welcomed our extended family of husbands and wives and loved ones with open arms and open heart and loved each individually as if they were your own. You had a love for pretty women (none prettier than Mom), intelligent discussion, Seinfeld & David Letterman wry and sarcastic humor, politics, laughter, but nothing more important than your sports! Whether it was your own kids or grandkids games, your beloved UCLA Bruins, the Lakers, the Dodgers, your first love of horse racing and boxing and whatever other sports was on TV that day! Both you and Mom passed along your love of sports to all of your kids and grandkids and we promise to keep that tradition alive and well for you for generations to come. Daddy, although you've left your earthbound body and we miss you dearly already, you have left us comforted with the love & memories of being our one-of-a-kind Dad & Grandpa-and with the knowledge that your faith and love in God sustained you here and now brings you back into the loving arms of your forever love, Ellen and your beloved son Michael in Heaven