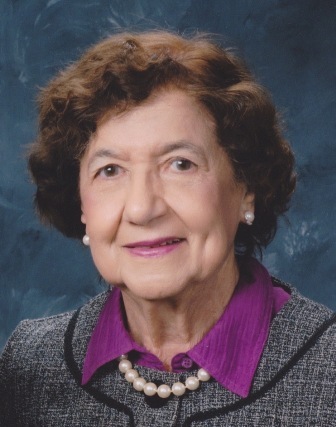 LOVING MEMORY of ANTOINETTE "NAN" PAULINE FRASSINELLI August 5, 1929 - May 15, 2015      Antoinette "Nan" Pauline Frassinelli, 85, was born and raised in Medford, Massachusetts, the youngest of seven children (four girls and three boys) of Sicilian immigrants Filippo and Paola Clemente. Two of the boys died before she was born and her third brother, Victor, died when she was nine years old. She graduated from Medford High. She lost her father in 1949, about a month before her 20th birthday.      After earning a bachelor's degree in Mathematics from Emmanuel College in nearby Boston in 1951, she joined a group of mathematicians at the Massachusetts Institute of Technology Aeroelastic and Structures Research Laboratory (where she met her future husband) in Cambridge studying the effects of atomic weapons on aircraft. These studies included the use of data obtained from instrumented B-17 and T-33 drones flown through shock waves of atomic weapons detonated at Eniwetok Atoll during Operation Greenhouse in 1951. She then took a position at the Geophysics Research Directorate (GRD), the organization responsible for meteorological research by the United States Air Force, also located in Cambridge.      After her marriage to Guido Frassinelli in 1953, Nan moved to Dayton, Ohio, where he was serving on active military duty. GRD reassigned her there and tasked her to reduce weather balloon data jointly with Air Force personnel from Wright Air Development Center. These data, gathered on the Nebraska prairie, were used to understand patterns of wind currents near the ground, an understanding that the Air Force needed for the design of control systems to launch missiles accurately; later the results were used by farmers both to time seed plantings and to use pesticides more effectively. At the conclusion of this project the Air Materiel Command at Patterson Field hired her to write computer programs tracking Air Force supply items such as airborne equipment spare parts that, for example, numbered in the hundreds of thousands. These programs were written in machine language on the tenth UNIVAC digital computer ever delivered, in 1954, as the age of automation was dawning.      She returned to Cambridge and became a full-time housewife, giving birth to her first child, Lisa, in late 1954 as her husband entered graduate business school. By 1961 she had moved to Lexington and had also given birth to Erica, Laura, Joanne, and Mark. The family moved to the Palos Verdes Peninsula in 1966.      She was a very loving wife, mother, and later, grandmother, devoted passionately to the family, and a model of dignity and gentility. Nan was an excellent cook and enjoyed preparing feasts for family and friends. She volunteered as a teacher's aide in the Peninsula public schools and performed similar duties for the Confraternity of Christian Doctrine in the religious education of her children at Saint John Fisher Parish in Rancho Palos Verdes. She also served as a neighborhood troop organizer for the Girl Scouts.      With three of her daughters attending private colleges simultaneously at one point, she re-entered the work force on a part-time basis with the Palos Verdes Peninsula Library in the late 70's. In the early 80's she joined the technical staff at Logicon as a computer programmer concentrating primarily on independent verification and validation of modern-language computer codes written for military mission plans. She retired in 1994. Until recent years she volunteered at a thrift shop in Lomita and participated in the activities of Emmanuel Alumnae in Southern California.      Of all her achievements, she was most proud of the family she raised. She established a cherished family tradition by gathering her children and their families at the Frassinelli home every Christmas for the past 38 years, highlighted by a Maine Lobster dinner that she prepared every Christmas Eve. Her beautiful smile, innate empathy, and kindness to others endeared Nan to many in the community and in the workplace. We are deeply humbled by the many gracious gestures from complete strangers, the dedication of her caregivers, and the regular visits from various neighbors as her health faded. Such acts of love continually bolstered our faith that despite the many troubles we see in this world, the good in humanity will conquer evil.      She was preceded in death by her sister Vita, and is survived by two older sisters, Rose and Carmella, by her loving husband of 61 years Guido, her daughters Lisa Seago, Erica Gunderson, Laura Abbott, and Joanne Conway, son Mark Frassinelli, and 12 grandchildren: Bradley, Jeffrey, Julie and Kelly Seago, Monica and Henry Gunderson, Marcia, Collette, and Alexander Abbott, and Morrison IV, Andrew and Katelyn Conway.      A gathering of family and friends will be held at Rice Mortuary, 5310 Torrance Blvd., Torrance from 5:00pm until 9:00pm with vigil services at 7:00pm, on Wednesday, June 17. Funeral services will be held at Saint John Fisher Church in Rancho Palos Verdes at 10:00am Thursday, June 18, followed by a reception at Barrett Hall. Interment will then follow with a police escort to Holy Cross Cemetery, Our Divine Savior Mausoleum, in Culver City.      In lieu of flowers, please send donations in her memory to the American Diabetes Association, 611 Wilshire Blvd. Suite 900, Los Angeles CA 90017, or the Alzheimer's Association, California Southland Chapter, 4221 Wilshire Blvd. Suite 400, Los Angeles 90010.