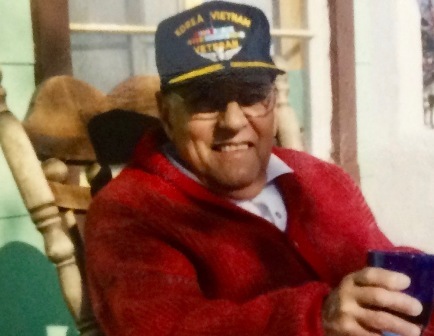 Anthony Michael Loscalzo, 85, died of natural causes on August 29, 2016 at Scripps Memorial Hospital in Encinitas, California. He leaves his wife of 59 years Yu Ping (Sally) Loscalzo; his daughter Anna Marie Loscalzo; his stepsons Chin Tu, and Andy Tu; his grandchildren Noah Gosen, Shawn Tu, Candise Tu, Jennifer Swetlow, Burton Tu, Tiffany Tu and Lauree Tu; and his great grandchildren Hayden Swetlow, Leah Swetlow and Oliver Swetlow. Born and raised in the Bronx New York, 1931. The son of John and Anna Marie Loscalzo. He has lived in southern California for 50 years. The last 18 years of his life he lived in Carlsbad California. In his early life he entered the United States Air Force at the age of 17 and retired 28 years later as a Chief Warrant Officer, chief of maintenance. He served in Korea and Vietnam. He earned his associate in arts degree in aeronautical maintenance at Parks College in St. Louis while he was stationed at Scott Field in East St. Louis. He was an FAA licensed aircraft and power plant mechanic. He worked for PSA and Continental airlines as well as DAC. He worked in the aerospace industry for 40 years, retiring from Boeing in 1996. He was an avid football and baseball fan. Being a resident of San Diego County he supported the Chargers, despite their inability to win very many games. He kept hoping. He loved his wife and family beyond all measure. He worked hard, always striving to be the best he could be at whatever he put his mind to. He will be sorely missed and forever beloved to his surviving family both in California and New York.