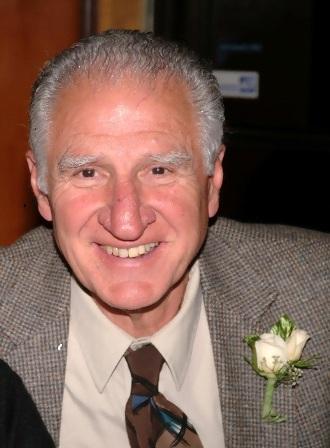 Anthony J Giandalia born December 21, 1927 passed away December 22nd 2012.He was born in Kalamazoo Michigan and moved to California at age 9. Attended Saint Joseph Elementary and Cathedral High Schools in Los Angeles as well as Saint Mary's College for a short time before being drafted for service in the US Army where he served in Korea at the end of WWII, he was recalled and served until the end of the Korean Conflict. On returning to civilian life he became a Barber in the Pico/Union area with his father from 1953 to 1982, and also worked and retired from United Parcel Service from 1972 to 1992. He filled his idle time with daily mass, mowing his lawn, caring for his mother and sister, he also found time to proctor for state exams. He liked to travel which included a trip back to his home town as well as numerous cruises and trips to Las Vegas and Laughlin.Married to Carol Trousdale on August 1, 1953 in Los Angeles, in addition to his wife he is survived by his four sons, Mark (Juanita), Michael ( Herlinda), Steve ( Pam), Greg (Gail), and six grandsons, Steven Jr, Adam, Eric, Matt, Garrett, and Grayson. He also is survived by nieces Tanya Smith, (Rick), Shana, and Tiffany.Viewing will be held at Rice Mortuary in Torrance on Thursday December 27 from 12:30 to 3:30 PM, and funeral mass at Nativity Church 1447 Engracia Ave Torrance Ca 90501on Friday December 28 at 10:00 AM. Interment at Calvary Cemetery in Los Angeles.