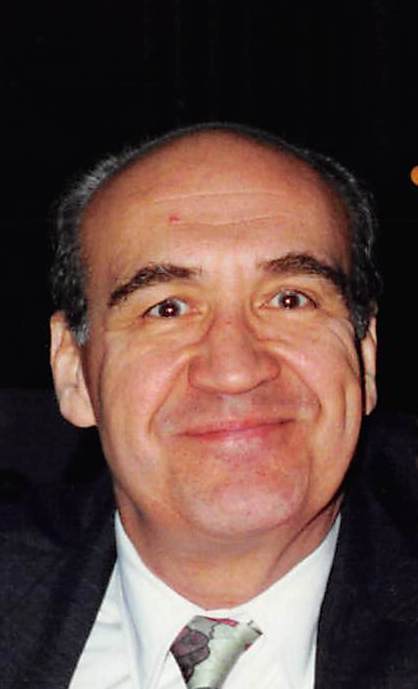 Anthony J. Ciuffini, 78, loving husband, father and friend passed away on Tuesday, June 13, 2017 surrounded by his immediate family. He is survived by his wife Lucille of 56 years, and three daughters: Beth Ciuffini Fairfield (David), Kathy Ciuffini Maxfield (Jason) and Maggie Williams (Tom). He had seven grandchildren who adored and loved him: Andrea and Brooke Fairfield, Corinne and Dominic Maxfield, and Tommy, Cole and Jake Williams. He was the oldest of five children and is survived by Mary Anne Ciuffini , Joseph Ciuffini (Gretchen) and Anne Davis. He was preceded in death by his parents, Dominick and Domenica Ciuffini and his youngest sister Dolores Finn. He will be fondly remembered by many nieces, nephews and other family members throughout the country. “Tony” started his work career as a physicist in upstate New York at Rome Air Development Center followed by a rewarding career with the Xerox Corporation where he collaborated on numerous patents. The opportunity to work at Rank Xerox near London, England for several years was a wonderful experience for him and his family. While there he discovered the world of antique mechanical music. Upon returning to the United States he worked for several engineering and medical device companies as well as for Reuge Music USA in the areas of research, program development, and management. In the early 1990s he left the corporate world to blend a life long dream of owning a business with his passion for mechanical music. He and Lucille with dedicated employee, Baltazar, managed the Music Box Doctor and Musical Specialties, Inc. which was dedicated to the repair of antique musical boxes and retail sales of musical items. Tony was diagnosed with Multiple Sclerosis when he was 50 years old and lived with this progressive disease until his death, with the never ending devotion of Lucille and the support of many caregivers. His closest family and friends were touched by his charismatic charm, intelligence and fun loving nature that was driven by a strength few possess. In the end, he will be remembered for his determination to make his life meaningful despite his hardships, difficulties or disease. Visitation with a breakfast reception will be on June 26, 2017 between 9 am and noon at Rice Mortuary located at 5310 Torrance Boulevard, Torrance, CA 90503. A funeral mass will be held at 1:00 pm at St. John Fisher Catholic Church located at 5448 Crest Road, Rancho Palos Verdes, CA 90275. A private burial will follow at Green Hills Memorial Park. To honor his participation in MS research trials and never ending hope for a cure, in lieu of flowers, donations may be made in the Memory of Anthony Ciuffini to either: USC - Multiple Sclerosis Center, c/o Lisa Reyes, Office of Development, 1975 Zonal Avenue - KAM 300, Los Angeles, CA 90033 or by givetousc.edu (2) The National Multiple Sclerosis Society at www.nationalmssociety.org or copy and paste this link: https://secure.nationalmssociety.org/site/Donation2?df_id=55995&55995.donation=form1 The family would ask that you designate donations be restricted to research funding to find a cure for Multiple Sclerosis.