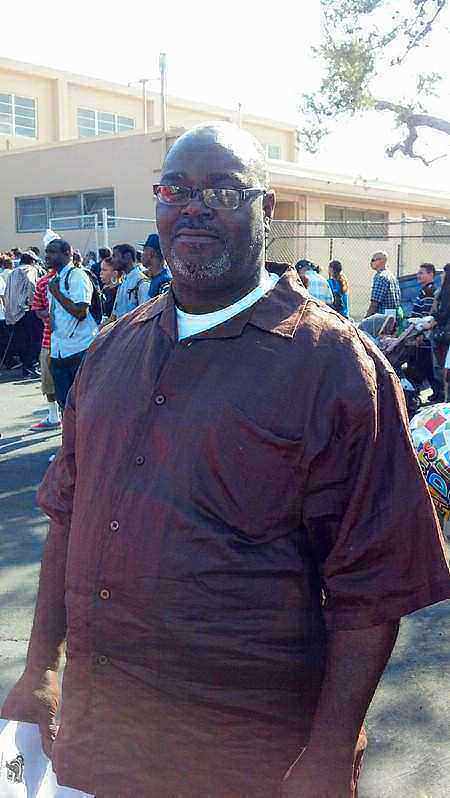 Anthony Eugene Bullard, Jr. was born in Chattanooga, Tennessee on June 29, 1964 to Anthony Eugene and Evelyn Laverne Bullard. The family headed west in the early 70's after the sudden passing of Anthony, Sr. Anthony, a.k.a Junior, had a very special relationship with his mother throughout the years. She would often refer to him as her "main man." Anthony usually could do no wrong in her eyes. He became her primary caregiver right up until her passing in 2012. Anthony graduated from Washington Preparatory High School in Los Angeles, California in 1982. Junior learned a lot of valuable life lessons early on being raised by a single mom in a two bedroom house with three younger siblings. He also knew being the eldest child that he would be held accountable for his siblings if and when needed. Growing up through the 70's and 80's trouble wasn't too far behind. We were often referred as the "Bullard clan" by neighboring friends. Most people knew that if they had a problem with one of the "Bullard clan" it would end up being a problem with the entire clan. The term "one for all and all for one" was apparent in this close knit family. Our mother would often tell us if one of us had a fight outside the home then we all had to participate or help in some way. Everyone understood their role early on in the Bullard household. Junior was a very quiet and personal man that kept to himself. He would often joke with close family members about any and everything. He also had a nickname for each of his siblings (lip, forehead, clumsy). I won't share whom those nicknames belong too. If one were to ask Junior what was his greatest achievement in life without a doubt he would tell you it was being a father to his four children. He loved each of his children with a deep passion. He had a unique parallel relationship with each one of them. His oldest son was born in 1984, Anthony Eugene Bullard, III followed by Lionell Eugene Bullard in 1987. Junior was very proud to have these two young soldiers in his life as he and La Tania would often refer to the boys as their soldiers. The boy's mother La Tania Fleming played a pivotal role in Anthony's life throughout the years and they remained close friends right up until his untimely passing. They shared three beautiful grandchildren, Chauncey, Jayden, and Kalie; Anthony's three children. In 1994 Junior began a relationship with Tracy and welcomed his eldest daughter, Ashley Bullard in 1995. Junior shared a very special relationship with his daughter Ashley. On his days off from work Ashley was sure to be with her dad. These two shared a connection unlike most. One of his proudest moments was recently watching Ashley prepare to leave for prom and a few weeks later graduate from High School. Another one of his passions in life was the love of football. He had a favorite team and those that knew him also knew the team that he often rooted for. He could be found often enjoying a game of football with his younger brother during football season. At the time of his untimely passing, Junior was in a 13 year relationship with Teresita Edwards whom he had a 6 year old daughter with, Aniya Bullard and helped to raise her son Darrick Barker. Anthony and Teresita shared a loving relationship through the years. These two individuals fit very well together because they both shared similar personalities. There wasn't much these two wouldn't do for one another. Anthony is survived by two Sisters: Angela Bullard and partner Letitia Leblane, Evonda Bullard, and Brother: Antramone and wife Tasha Bullard. Five Children: Anthony Bullard, III, Lionell Bullard, Ashley Bullard, Aniya Bullard, Step Son: Darrick Barker, Grandchildren: Chauncey Bullard, Jayden Bullard, Kalie Bullard and a host of uncles, aunties, nieces, nephews, cousins and other relatives and dear friends.