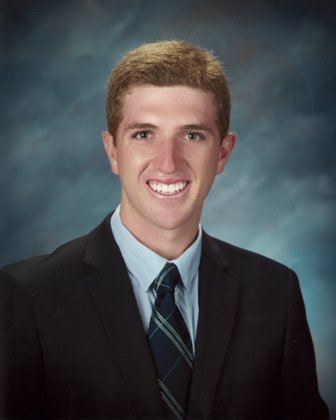 Anthony "Tony" Armand Dellovade of Rolling Hills CA passed away on February 4, 2017. Born in Torrance California, Tony was 21 years old and a junior at the University of Washington. He was an avid tennis player and golfer, enjoying countless hours with friends and family, becoming exceptional at both. In his short life Tony was able to affect the lives of many. His positive outlook on life and his kindness is a legacy that will live on for all those fortunate enough to be a part of his life. Tony spent the last two and a half years at the University of Washington where he was a member of the Beta Theta Pi fraternity and enjoyed his tenure as the fraternity's social chair. In that position he was very active with the UW community. He loved not only his fraternity brothers but everything that had to do with the University, especially their up and coming football program. Tony is survived by his parents, Fred and Alexia, his brothers Matthew (19, a freshman at UW), Dean (18, a senior at PVHS) and his sister Mia (14, a student at Miraleste Intermediate School). He was preceded in death by his beloved YiaYia and Papou, Mary and George Papps. The Trisagion will be at St. Katherine Greek Orthodox Church, 722 Knob Hill in Redondo Beach, on Friday, February 17, 2017 at 7PM. The funeral will be at the same church on February 18 at 10AM. Tony will be laid to rest in Green Hills Memorial Park immediately following the funeral. There will be a celebration of life at Palos Verdes Country Club following the burial. In lieu of flowers, donations may be made to the reconstruction program at St. Katherine's Greek Orthodox Church.