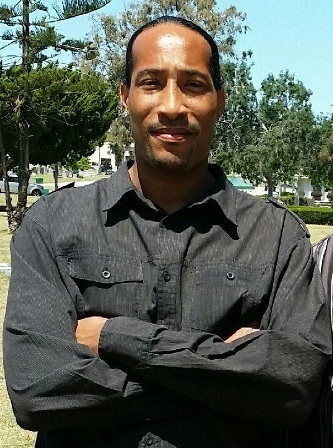 IN LOVING MEMORY OF Anthony Albert Bright SUNRISE: September 8, 1981 SUNSET: May 24, 2017 Anthony Albert Bright was born on Tuesday, September 8, 1981, to William Gabriel Bright, Sr. (who preceded him in death) and Brenda Faye Bright in Los Angeles, California.As a child, Anthony was always happy, vibrant, energetic, and adventurous. He had a great sense of humor, was very caring, loved to laugh, and have a good time. At an early age, Anthony was a curious boy who loved to dismantle toys to find out how and what made them function and then turn around and reassemble them. As he grew older, it was evident that Anthony was mechanically inclined and great with his hands and his hobby was a true passion. It was around this same time that he also gained a love for fast cars, particularly Porsches, and a passion for music and DJ'ing. In 1999, Anthony finished his high school career at Crenshaw High School. Soon after he decided to pursue a career as an automotive technician enrolling in and completing Los Angeles Trade Technical College's program. He also received several certifications from the Urban League's School of Auto Mechanics. His love for cars continued to thrive. Music was also a major influence in his life, as he loved Rap, Hip-Hop, and R&B. At the age of 13 he received his first pair of turntables and mixing board. He began DJ'ing various parties and events around the country. During this time period he was known as "DJ DEZNO". Anthony was loved and adored by his family and friends. He was kind, compassionate, and very reliable; going above and beyond to help whomever and whenever he could; except if you were a "weirdo" - lol. Yes, he had an amazing sense of humor. He was a dedicated father to his children, and he honored those who were closest to him. In February 2017 Anthony was diagnosed with Renal Cell Carcinoma, an aggressive form of kidney cancer. Although his body was wracked with unbearable pain, his faith in God never wavered. He was always cheerful, persistent in prayer, and he maintained a positive attitude. He was determined to fight like a champion; he never gave up. On Wednesday, May 24, 2017, Anthony Albert Bright transitioned from this life to be with his Lord and Savior Jesus Christ. He will truly be missed. He leaves to cherish his memory his Mother, Brenda Faye Bright; his four children: Anthony Albert Bright, Jr. and Gabriel DeAnthony Malcolm Bright (Destiny Gaines, Mother), Alayla Marie Bright and Annette Alice Bright (Antoinette Burgos, Mother). Three sisters and one brother: Jennine Vertisa Bright-Reid, Angela Marie Bright (Hall - d), Elaine Alice Bright and William Gabriel Bright, Jr. Ten nephews and five nieces: Justin Gabriel Reid, Charles Michael Reid, Donovan James Reid, Kennedy Faith Bree Hall, Kyle Alexander Hall, Kameron Gabriel Hall, Kylie Michelle Grace Hall, Ryan Anthony Brown, Jaydin Leon Brown, Nathan Taylorr Bright, Kaeloni Ann Bright, Karringtyn Leigh Bright, William Gabriel Bright III, Alicia Gabrielle Bright, Willieon Bright, and a great host of aunts, uncles, cousins, and friends.