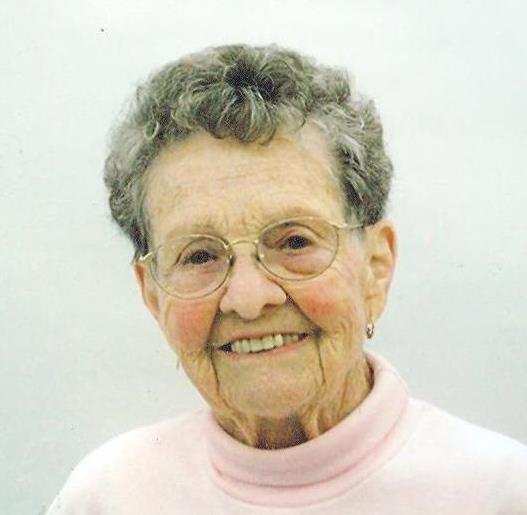 Annabel Branigan July 30, 1921 - September 3, 2015 Annabel was born in Warner, Alberta, Canada to Michael and Agnes Mangin. She spent her childhood in Seattle, WA where she attended the all-girls Holy Names Academy. She met her high school sweetheart, Tom Branigan, at a dance and the couple married several years later in 1944 when Tom was serving for the US Marine Corps during WWII. They moved to Los Angeles, CA in 1956 after the couple had already started their family. Early on, Annabel worked at Dodger Stadium and The Forum, where several of her children would also hold employment in the coming years. Annabel eventually received her real estate license and had a successful 14-year-long career with Century 21. After retirement, she and Tom spent their time travelling the U.S. as well as to Ireland, where they would visit Tom's cousins Patrick and Mary Brannigan who still reside there today. Annabel remained a devout Catholic throughout her life and was an active parishioner at St. Lawrence Martyr Church in Redondo Beach where she acted as a Eucharistic Minister to the homebound and the sick. Annabel was preceded in death by her husband Tom and her older sisters Lenore Fagan and Elizabeth Neely. She is survived by her 7 children Maureen (Steve) Pekar, Kathleen Branigan, Mike (Alyce) Branigan, Terry (Sandra) Branigan, Patty (Manuel) Rodriguez, Mary (Greg) Lutack, Peggy (Mark) Stofila; 11 grandchildren Christie (Dave) Nasser, Kevin (Kate) Pekar, Tom Pekar, Brigid, Rosie, and Sonia Rodriguez, Gabe, Ian, and Rachel Lutack, Patrick and Rory Stofila; 4 great-grandchildren Erin and Gavin Pekar, Annabel and Luke Nasser. A rosary will be held at Rice Mortuary on Thursday September 10, 2015 at 7:00 PM, and the funeral mass will be celebrated the following day September 11. 2015 at 12:00 PM at St. Lawrence Martyr Catholic Church in Redondo Beach. The burial will take place Saturday September 12 at Holy Cross Cemetery in Culver City. In lieu of flowers, donations can be made to Pregnancy Help Center; phctorrance.org.